Delta throwback: A story of Tsaatzen 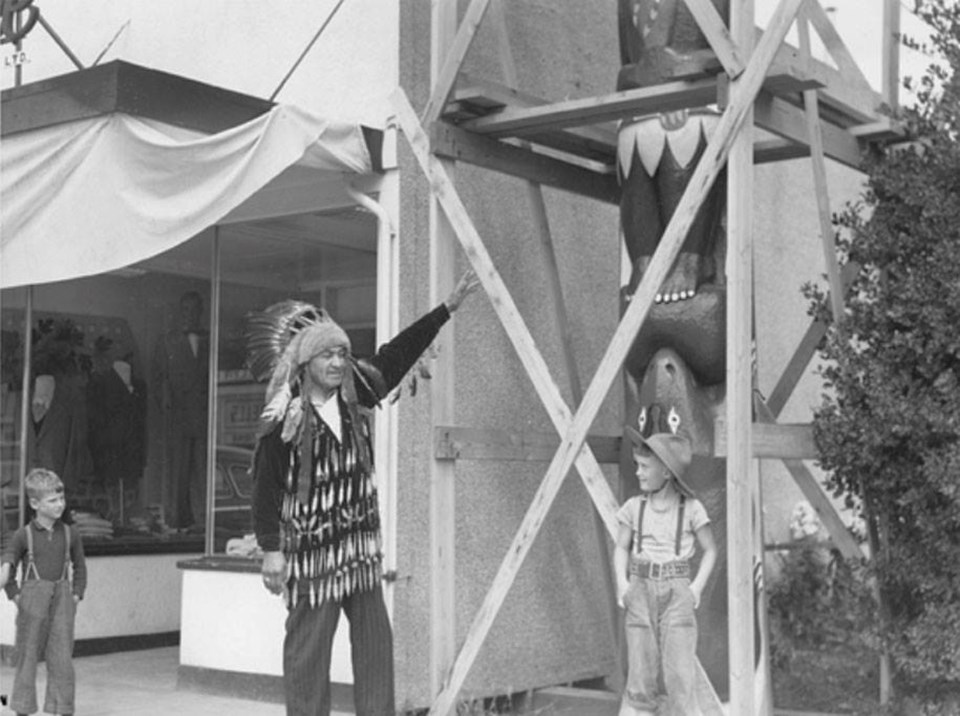 Chief Wilkes James chats with a young lad by a totem pole he carved and gave to the municipality of Delta.Delta Archives

Let’s take a step back in time and go back to Ladner Village where a new totem pole was erected in front of municipal hall.

The totem was carved in 1931 by Chief Wilkes James of the Snuneymuxw First Nation, a Coast Salish group in Nanaimo, as a celebration of his wife's Tsawwassen roots.

He also presented Delta council a replica pole in March 1949.

According to Tsawwassen First Nation legend, Tsaatzen was the first man to discover and settle Tsawwassen, coming from the hills and bringing with him an eagle.

The 1961 Delta Optimist publication titled Tsawwassen Legends recalled an interview James had with the newspaper years earlier, describing the physical and spiritual journey of Tsaatzen.

"The story of his journey is told in the bird and animals of the totem - the black bear, the eagle and the beaver. They were his friends. The eagle was his spirit, giving him guidance and protection. The bear and the beaver gave him food and clothing. Tsaatzen reached the island and he was followed by many fellows," said Wilkes.

The eagle at the top of the totem was the most important of the figures, Wilkes explained.

"When Tsaatzen went hunting the eagle flying above him on the mountain was a friend, a spirit, a power," he said.

In 2013 the totem pole removed by Delta due to concern about the pole’s declining structural integrity.