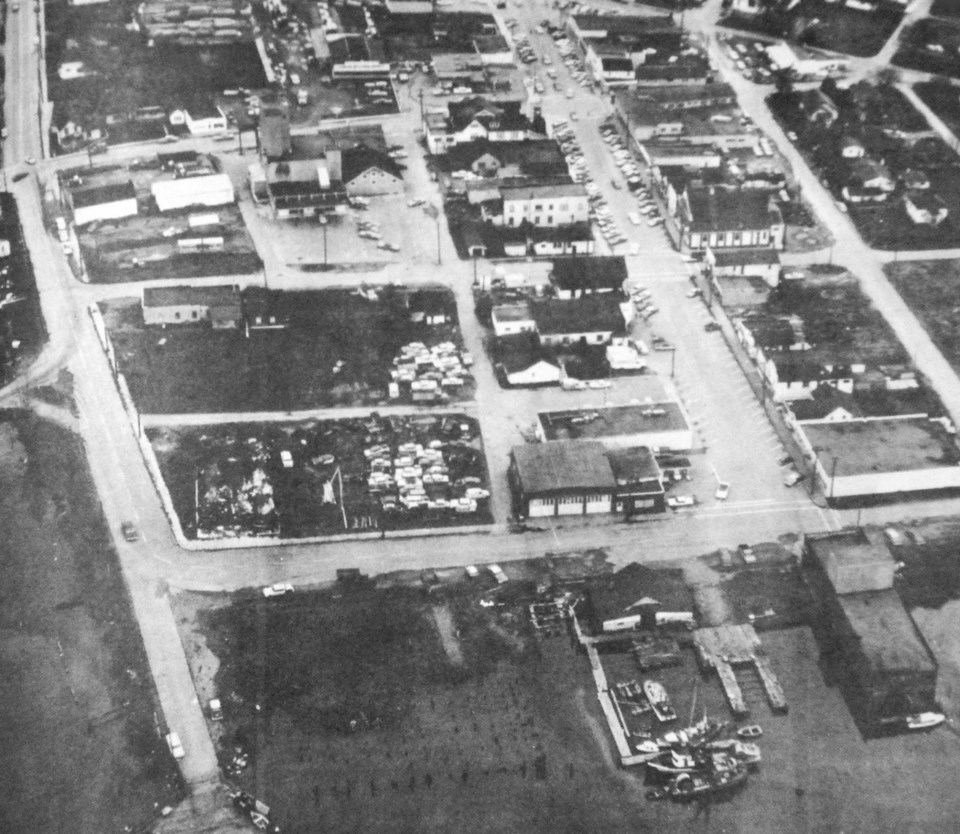 Downtown Ladner and the waterfront in 1969.Delta Optimist file

This aerial photo of downtown Ladner and the waterfront was taken in 1969.

Delta Street is to the right and Elliott Street to the left.

In the five decades since then there have been changes, but nowhere near how the Steveston waterfront redeveloped in Richmond.

In 1969, an urban renewal plan was approved, aimed at the complete redevelopment of downtown Ladner.

After several other attempts at revitalizing failed to bring about desired change, the City of Delta created the Ladner Village Renewal Advisory Committee that submitted its final report to Delta council earlier this year.

It’s a comprehensive document containing an array of recommended actions that could see the village and waterfront finally transform over the next few years.