Signs will only be allowed on 18 specified locations on public property in the city
Dec 5, 2020 3:00 PM By: Sandor Gyarmati 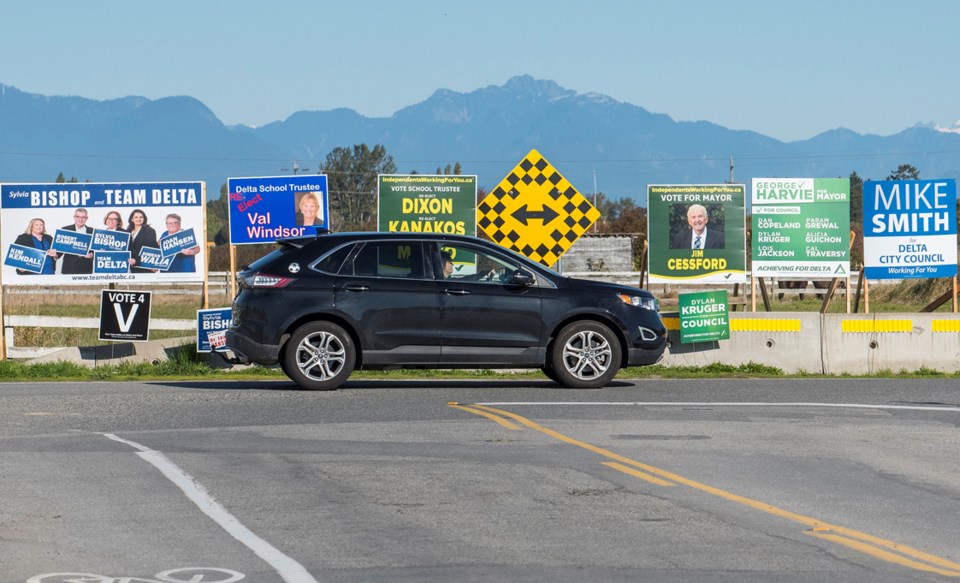 Changes are coming to the number of election signs on public property in Delta. Optimist file photo

Delta is going to make a few changes to its election sign rules.

Council this month endorsed a recommendation by staff to write new bylaw regulations that still permit campaign signs on private property with the consent of the owner or occupant of the property, but also only allowed on 18 specified locations on public property in the city.

The number of signs at each specified location on public property must be limited to one sign per individual candidate.

A civic report notes staff surveyed other jurisdictions across Metro Vancouver and found a variety of approaches.

Almost all municipalities restrict political signs from locations such as parks and public facilities, as well as locations that could impact sight lines and safety of vehicles, cyclists, and pedestrians.

However, the approaches range from restrictive, including no political signs allowed on public property, to permissive.

Some municipalities have taken a compromise approach where political signs are only permitted at specific public property locations throughout a city and on private property, the staff report notes, adding that, currently, Delta has been on the more permissive end of the spectrum.