People can now connect directly with an organic farmer at the Southlands as the agricultural vision for the site is becoming reality.
Sandor Gyarmati Apr 25, 2020 8:05 AM

People can now connect directly with an organic farmer at the Southlands as the agricultural vision for the site is becoming reality.

Saying consumers can avoid going to the store while getting less expensive, better quality products, Seann Dory and Suzy Keown of Salt & Harrow, a farm growing over 50 varieties of vegetables at the Southlands, are taking part in the new Community Supported Agriculture program.

For an entire year, or as little as 12-week increments, people can pay one fee and then receive over $30 worth of fresh produce per week starting in a few weeks.

The items that can be picked up at another nearby location in Tsawwassen until the public can access the Southlands farming site later this year.

The program is aimed at connecting consumers with growers, explained Dory.

“Now that we’re growing down here we’d really like to connect with people in Delta generally and also with those who plan to move into this community. We were already doing this at the Vancouver Farmers Markets and we wanted to be able to share this with the community where the food is grown,” said Dory.

Keown said once people can access the site, they will be excited to see the agricultural component of the Southlands. 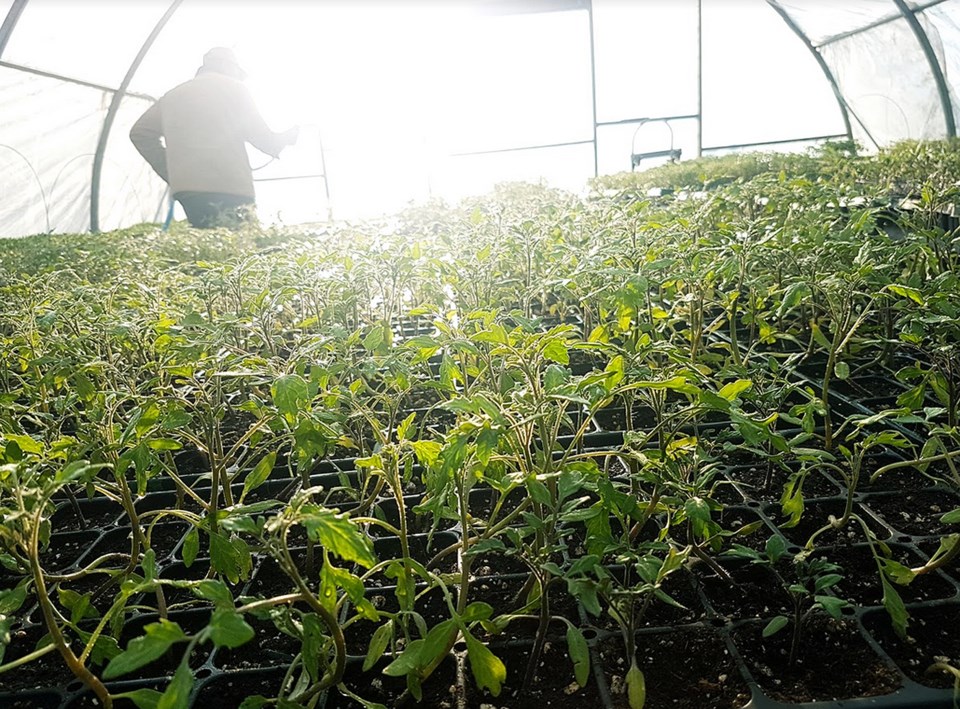 Century Group president Sean Hodgins said that of the 430 acres of land at the Southlands transferred to Delta, his company is leasing back 50 acres to curate the Southlands Farm.

It is land subleased to farmers.

He said they’re working with Snow Farms at the site as well as Salt & Harrow to grow the kind of produce that will eventually be available at the Southlands Farm Market.

Hops and other specialty food items will be part of what’s grown at the Southlands, he said.

“Trying to create a sense of place around farming and food was always my vision for Southlands,” added Hodgins.

The Southlands project will eventually include 950 housing units in various forms and approximately 80,000 square feet of commercial space.

Century Group gave the city about 80 per cent of the total property to be used for agriculture including community gardens, as well as natural habitat, public open space and greenways.

The project also includes a market square with community indoor and outdoor space.

Everything at the market square including a heritage house, barn and the agricultural support building will be owned by Delta.

The lease agreement allows Century to use the site, program it and maintain the buildings.

It was back in 2006 when Hodgins initially presented his ideas for the Southlands property, which included agricultural urbanism, but it wasn’t until the summer of 2016 that final approval was granted.

Work continues at the site with some of the first housing units appearing last summer.

The property had a long history of controversy well before it was owned by Century, but Hodgins was finally able to come up with a plan that got approval from city council and Metro Vancouver.

More information about the Southlands or the Community Supported Agriculture program can be found at https://www.discoversouthlands.ca/