Province yet to reveal how many billions each tunnel replacement option would cost
Apr 25, 2021 10:00 AM By: Sandor Gyarmati 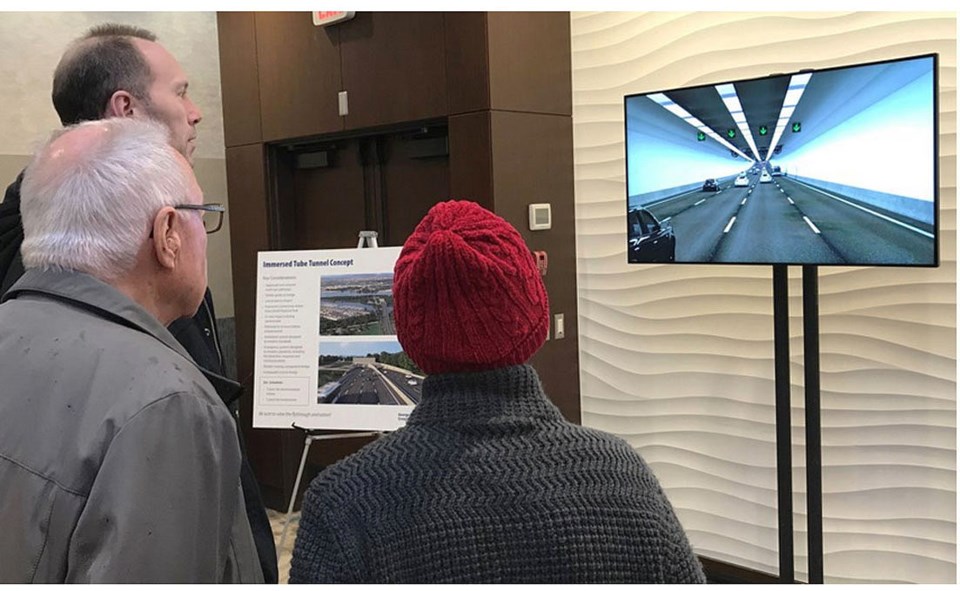 The B.C. government has made an initial funding request to the feds for the future George Massey Tunnel replacement.

Delta MP Carla Qualtrough, Minister of Employment, Workforce Development and Disability Inclusion, confirmed to the Optimist this week that a draft funding request was submitted to the federal government, but much work remains to be done.

“I can confirm that within the past week, Infrastructure Canada did receive a draft business case from the province. It will wind its way through our process in due course. It was too late for Budget 2021, but that by no means suggests that we won’t support it. Every indication I get, as I have had for as long as I have been elected and on this file…the Prime Minister came to Delta and said he would support it, so now this just has to go through the process,” said Qualtrough.

It remains to be revealed to the public how much B.C. is asking from Ottawa, which option will be selected and exactly how much the replacement project will cost.

The province early last year, at an open house in Tsawwassen, unveiled two possible crossing options, one being an eight-lane tunnel while the other is a bridge with the same number of lanes.

A business case on the options was completed later in the year and is now in the hands of the transportation ministry.

The province is reviewing that submission and will consult with partners and stakeholders.

The business case will only be made public following the government’s decision.

A task force of Metro Vancouver mayors had endorsed an eight-lane immersed tunnel, but the provincial government has the final say.

The transportation ministry noted the eight-lane immersed tube option would have a similar grade as bridge, while having low property impacts. It would also be taller inside than the current tunnel, requiring a deeper trench in the river.

The option would also be a shorter crossing, compared to a bridge, while having a comparable cost.

According to the ministry, there would be no piers in the Fraser River for a bridge, however, they would be required in Deas Slough.

A bridge would also have long-term noise, light, visual and shading effects, according to the ministry.

The bridge project would have a one-to-two year environmental review and require five years for construction.