Realtor Colleen Almrud's introduction into equestrian riding will be on a noteworthy horse
Jun 16, 2021 1:00 PM By: Mark Booth 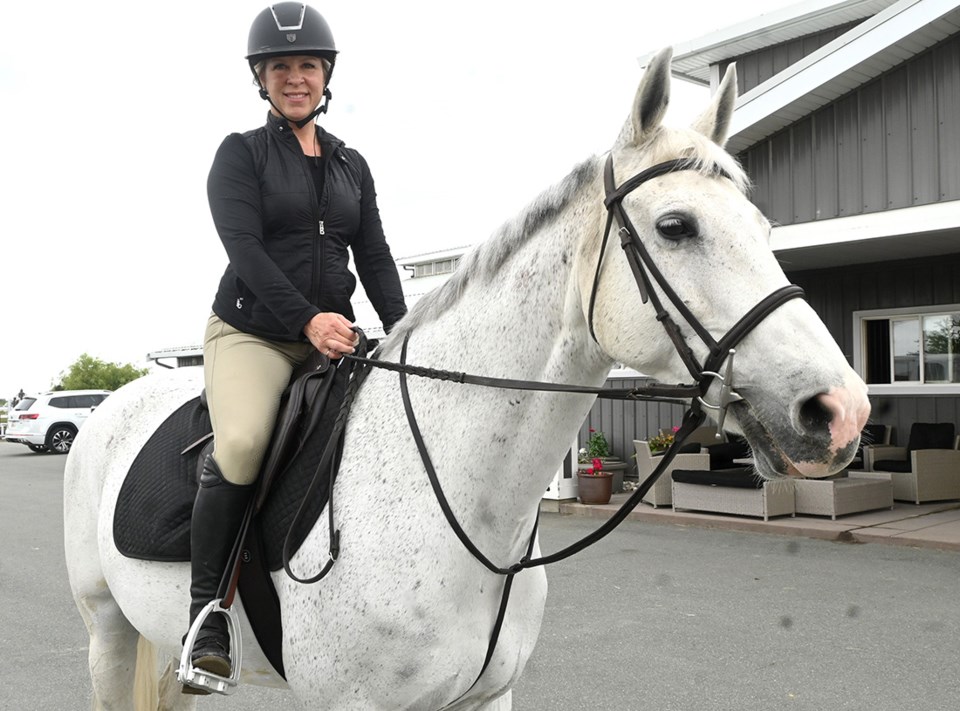 Colleen Almrud with Zero, a one-time Grand Prix horse ridden in international competitions by Jessica Springsteen, the daughter of the famous musician.Mark Booth

Colleen Almrud has welcomed a new member to her team and he comes with a most impressive international résumé.

The local realtor recently purchased Zero, a former Grand Prix jumping horse, that at one-time belonged to Jessica Springsteen, the daughter of the famous musician and an elite equestrian poised to compete in the upcoming Olympic Summer Games for the United States.

Zero was born in the Netherlands, at an equestrian farm owned by former Olympic gold medalist Jan Tops. He was purchased by the Springsteen’s and moved across the Atlantic to their Stone Hills Farms in New Jersey where he was based when not competing in events around the world.

In 2017, Zero moved to Eldorado Equine in Leduc, AB before he was acquired by Almrud through the assistance of Channay Lloyd, the head trainer of Country Lane Farms, a premier hunter jumping facility in West Ladner, where he now resides.

At 17, Zero’s days of competing on the world stage are over. Instead he will “teach” Almrud how to ride after she took her first-ever lessons back in February as a birthday gift from her husband. He will also be available for junior riders at local jumping competitions, as well as being showcased in Almrud’s marketing campaigns.

“He is an old-seasoned guy who will teach me all the tricks,” laughed Almrud. “Channay finds the perfect horses for all her riders and she knew what I needed for marketing and he kind of fit the bill to a ‘T.’ It doesn’t get any better than his story.

“Grand Prix horses are actually the best teachers (for new riders). They are so well-schooled that it’s almost like they are on auto-pilot. I can’t think of a better place for him to retire. This is an amazing property.”