DHS told it will be given notice to vacate hospice facility
Jan 18, 2021 9:30 AM By: Sandor Gyarmati 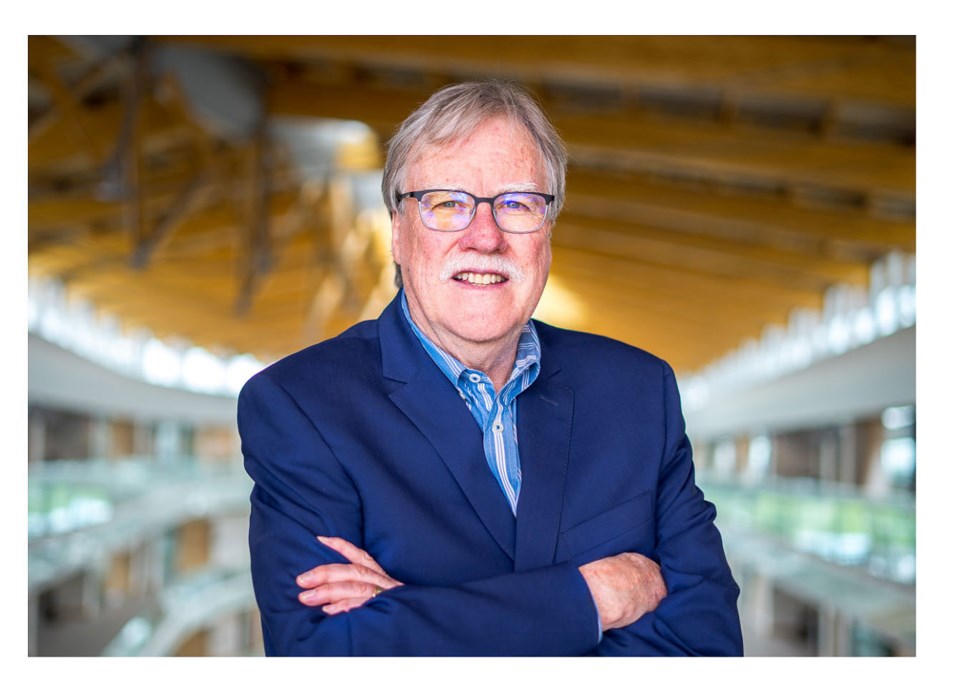 FHA board chair Jim Sinclair said the health region attempted to work with the DHS leadership to keep hospice beds at the current Delta location and he is disappointed ‘the Delta Hospice Society has not been receptive to this at all.’ The DHS service agreement and public funding will come to an end Feb. 25. Delta Optimist file

The Delta Hospice Society must also vacate the Harold and Veronica Savage Centre for Supportive Care.

That’s according to Fraser Health board chair Jim Sinclair who provided an update Friday on the future of Delta Hospice with health region president and CEO Dr. Victoria Lee.

At a news conference, Sinclair noted the supportive care centre in Ladner, as well as the adjacent 10-bed Irene Thomas Hospice, are under the same lease, which means the society will no longer be permitted to operate it.

“We have taken the position that those two buildings belong to the facility. What services are offered and what services are operated out of those, we’ll have to look at that in the future, but that this point the two facilities are under the lease,” said Sinclair.

The advocacy group Take Back Delta Hospice is also asking for details about the future of the supportive care centre, noting the programs offered to families is entirely funded by the community as well as the hospice thrift store in Tsawwassen, which the group says is a community asset.

In February 2020, Fraser Health provided 365 days' notice to end the service agreement with the society without cause.

The current society board has refused to offer patients the legal procedure medical assistance in dying (MAiD).

The board had reversed a decision by the previous board to allow it, putting it at odds with the province and FHA, which mandated that publically-funded hospices that don’t have religious affiliations provide it to those who request the procedure.

The health region last week announced that under the terms of agreement with the society, on Feb. 25, 2021, it will serve 30 days' notice, a provision contained in its contract with the society, for the DHS to vacate the 10-bed Irene Thomas Hospice premises.

Lee said they had made repeated attempts to work with the society board to come up with a seamless transition plan to the health authority but haven’t been successful.

Sinclair also noted they had attempted to come up with a transition that would have resulted in the Irene Thomas Hospice not having to close its doors, but the society leadership “had no interest and no appetite in that strategy at all.”

Those beds will increase to the full complement of 10 by mid-April 2021.

Transfers to the Irene Thomas Hospice have been temporarily paused and any person seeking hospice care between Jan. 11 and Feb. 24 will be admitted to another hospice.

For the duration of the notice period, patients currently at the hospice will continue to receive hospice care services with no interruptions in care.

Sinclair stressed moving beds to Mountain View Manor is seen as interim and that the goal is to resume services at the Irene Thomas Hospice.

The society’s board recently issued layoff notices to hospice employees, but the FHA says it will work to ensure unionized employees at the hospice will have employment opportunities within the health region.

In a letter last week to Health Minister Adrian Dix, society founder and former executive director Nancy Macey said there have been many irregularities and lack of appropriate actions by Fraser Health.

Noting DHS is not opposed to people accessing MAiD and that the service is available next door at Delta Hospital, Macey reiterated the local hospice helps to arrange transport to a location determined by the patient.

She noted she also questions the intent of government removing hospice care from the DHS when no consideration has been given to the government’s own legal obligations defined in the B.C. Societies Act.

“By the BC Government forcing the Society to provide MAiD, it puts the Society into non-compliance with its purposes as defined in its Constitution, which does not support the euthanizing of patients,” she said.

Macey also outlined a number of concerns including patients seeking palliative care being pressured to have MAiD.