“Ghost town” Point Roberts will soon be down to one bank

Point Roberts will soon be down to one bank and the last remaining open restaurant is set to temporary close at the end of the month. Banner Bank, located inside the International Marketplace grocery store, will be closing permanently on Dec.
Sep 11, 2020 2:00 PM By: Mark Booth 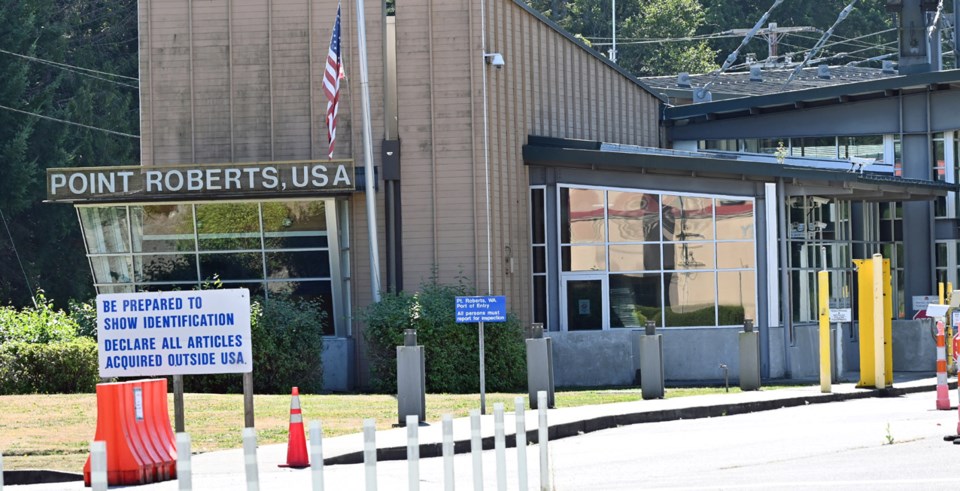 A recent survey that included 13 businesses in Point Roberts indicated they have a combined 34 full-time employees compared to 122 prior to the border closure in March.Mark Booth

Point Roberts will soon be down to one bank and the last remaining open restaurant is set to temporary close at the end of the month.

Banner Bank, located inside the International Marketplace grocery store, will be closing permanently on Dec. 11, leaving Umpqua Bank as the lone option on the Point.

The Salt Water Café’s last day of business is Sept. 30 with the plan to re-open in the spring.

Brian Calder says he can only hope that will be the case.

The Point Roberts Chamber of Commerce director and former Vancouver city councillor has seen the local economy come to a standstill since the U.S./Canada border was closed to non-essential travel back in mid-March.

“They have been here forever. That’s five good paying jobs with benefits gone,” said Calder of the pending closure of Banner Bank. “Not only were they a good company to work for but they gave us $1,000 for our Dollars for Scholars (program) each year and supported the food bank along with other infrastructure and social stuff. It’s been a downhill spiral here.”

Wanting “hard numbers” of the current economic climate, the Chamber teamed up with the University of Western Washington’s Border Policy Research Institute to conduct a survey of businesses in Point Roberts. Though the sample size proved to be small, the responses were insightful.

“What we wanted is there are so many people out there who are expressing their own feelings and thoughts but where are the actual facts? I’m a fact driven guy. Getting hard data is the best way to find where these businesses are at,” continued Calder.

Of the 13 businesses that responded, more than 80 percent of their customers are typically Canadian with the majority averaging between 50-to-100 percent less in monthly revenue. The end result is only 34 current full-time employees compared to 122 pre-pandemic. Over 90 percent are also operating at reduced hours.

The one positive is most businesses indicated they intend to remain open or would only temporarily close if the border remains shut for the rest of year.

Calder is less optimistic, however.

“Well the nature of an entrepreneur is not to be negative. You put money into your business because you think you are going to make it,” added Calder. “That’s the nature of the beast with hope for an opportunity in the future, but I don’t think you are going to see the border open until there is a vaccine. The government is stringing us along in hoping we don’t revolt totally by saying it every three weeks to a month at time instead.

“We are a ghost town right now. You drive around here and you’ll maybe see one or two cars. There were about 1,250 living here and now that’s down to about 900 and still falling. When the border was open there would be 5,000 down here at this time of the year.”