Give garter snakes their space

In a recent post on social media, Delta states that while visiting Beach Grove, you may see garter snakes emerging as the weather warms up.
Apr 18, 2021 4:00 PM By: Staff Reporter 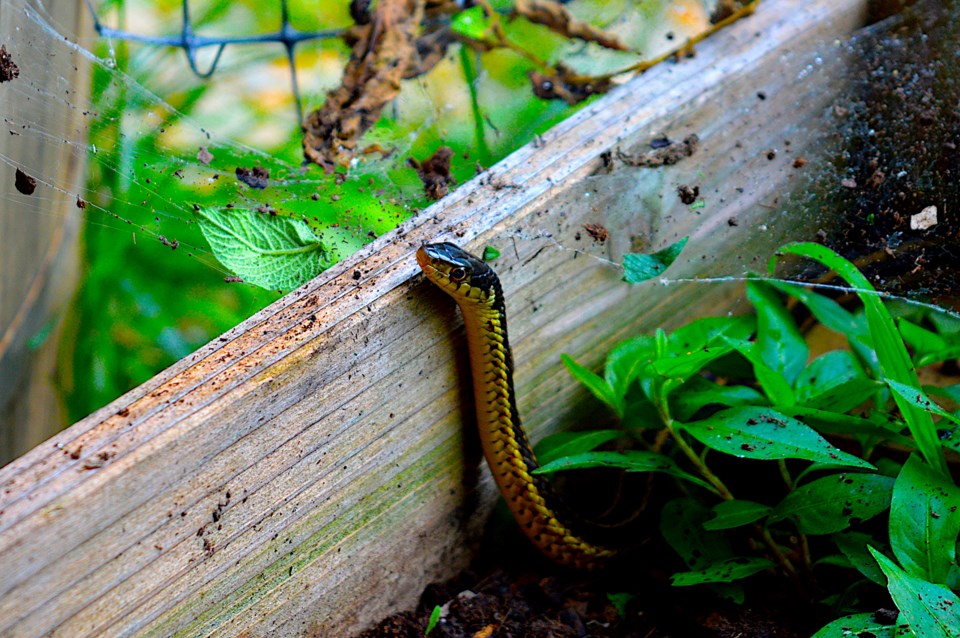 The City of Delta has issued a reminder about garter snakes – give them some space.Getty Images

The City of Delta has issued a reminder about garter snakes – give them some space.

In a recent post on social media, Delta states that while visiting Beach Grove, you may see garter snakes emerging as the weather warms up.

“Please give the snakes some room to get reacquainted with their surroundings,” said the City of Delta, offering up these friendly tips:

• Do not turn over rocks or logs looking for snakes.

• Do not pick up the snakes. Watch from a distance. Disturbing snakes by picking them up or taking them home to be pets can stress them out, and is illegal under the BC Wildlife Act.

• Keep dogs on leashes (as per the bylaw) and do not let dogs walk on the rocks.

Another reminder was also provided by Delta police, who responded to an incident just before 12 p.m. on April 10 in the 17 A Ave. and Beach Grove Road area.

DPD say a complainant reported that a suspicious male photographed and yelled at kids at the Boundary Bay Dyke trail.

“Police spoke to the complainant who stated that the kids were playing on the rocks by the beach trying to catch garter snakes,” said DPD. “The complainant stated it was for the purpose of learning and exploring and they had no ill-intentions. Police located the male at a nearby café, who was polite and cooperative, and stated that he was upset about the kids trying to harass or catch the snakes contrary to the Wildlife Act. The male stated that he took photos to “gather evidence,” because he had already reported it to BC Conservation. Police cautioned the male about taking photographs and yelling at youth and recommended calling the Conservation Officer Service or police if he had concerns regarding mistreatment of wildlife.”