The City of Delta is amending its noise control bylaw to allow more noise activity within so-called “activity centres” throughout the community.
Jun 29, 2020 8:03 PM By: Sandor Gyarmati 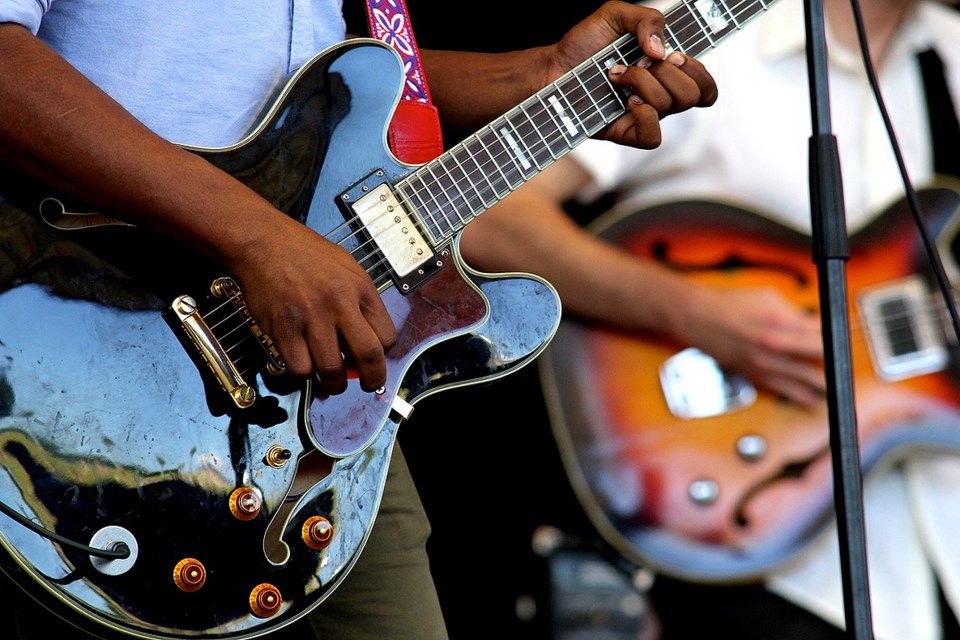 As part of Delta’s support for increased patios, council this week granted preliminary approval to amend the noise control bylaw to allow increased noise within in defined activity centres.Pixabay

The City of Delta is amending its noise control bylaw to allow more noise activity within so-called “activity centres” throughout the community.

Council this week granted preliminary approval to the amendment, which originally came from a series of recommendations from Ladner Village Renewal Advisory Committee but is now also part of the city’s initiative to help struggling restaurants utilize more patio space during COVID-19.

A staff report notes noise control bylaws of 10 municipal governments in the Lower Mainland were examined to see how they are regulating their commercial areas.

Staff found a mix of bylaws structured with regulations similar to Delta's noise control bylaw as well as others that allowed for increased noise in certain areas.

Of those municipalities that allowed noise in certain areas, there were generally two methods to define these areas, one involving regulations based on zoning and the other defining an "activity zone".

The activity centres for Delta have been defined geographically in the bylaw and include the areas designated as Town Centre on the Future Land Use Plan of the Official Community Plan.

The areas included within the proposed activity centres include sections in Ladner, North Delta and Tsawwassen, the report explains.

“The Town Centre land use designation was used to define the activity centres as this designation covers the major commercial centres for each of Delta's three urban areas where general commercial, entertainment, cultural, institutional and public uses are encouraged. The Townline Node area is also included as part of the proposed North Delta activity centre,” the report adds.

The bylaw specifies that shouting, yelling, the use of megaphones and excessively loud music would be prohibited in the activity centres, the report notes, adding the regulations would allow for performances by bands and playing music, while also providing the ability for property use and compliance staff to address any potential major disturbances.

The proposed bylaw amendments would also accommodate for the possibility of event and patio-related noise in the activity centres during winter months.

The following maps from the Delta staff report show where the activity centres would be located: 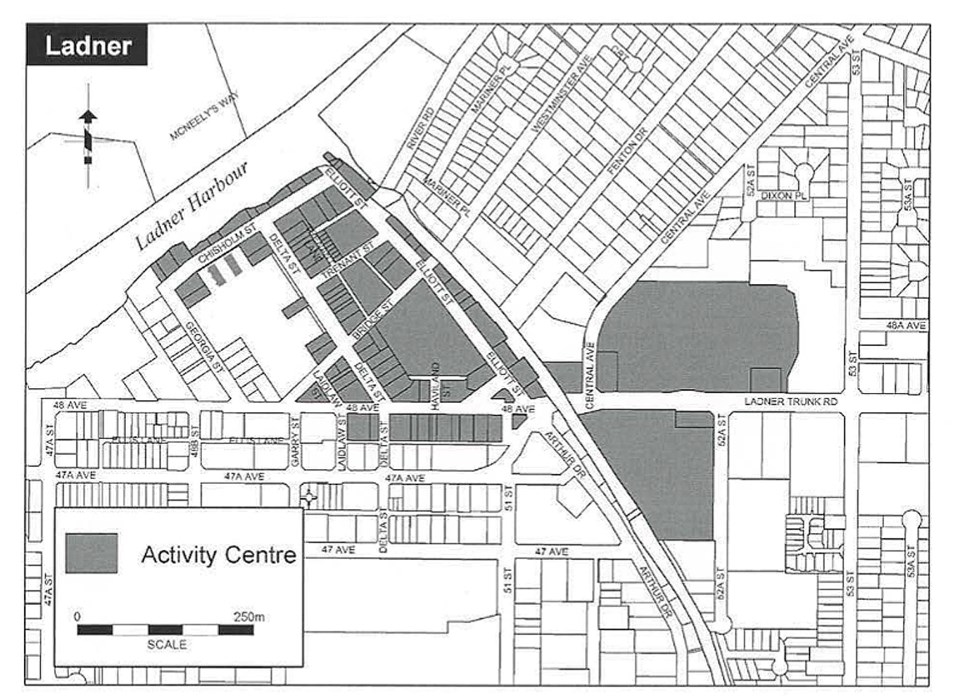 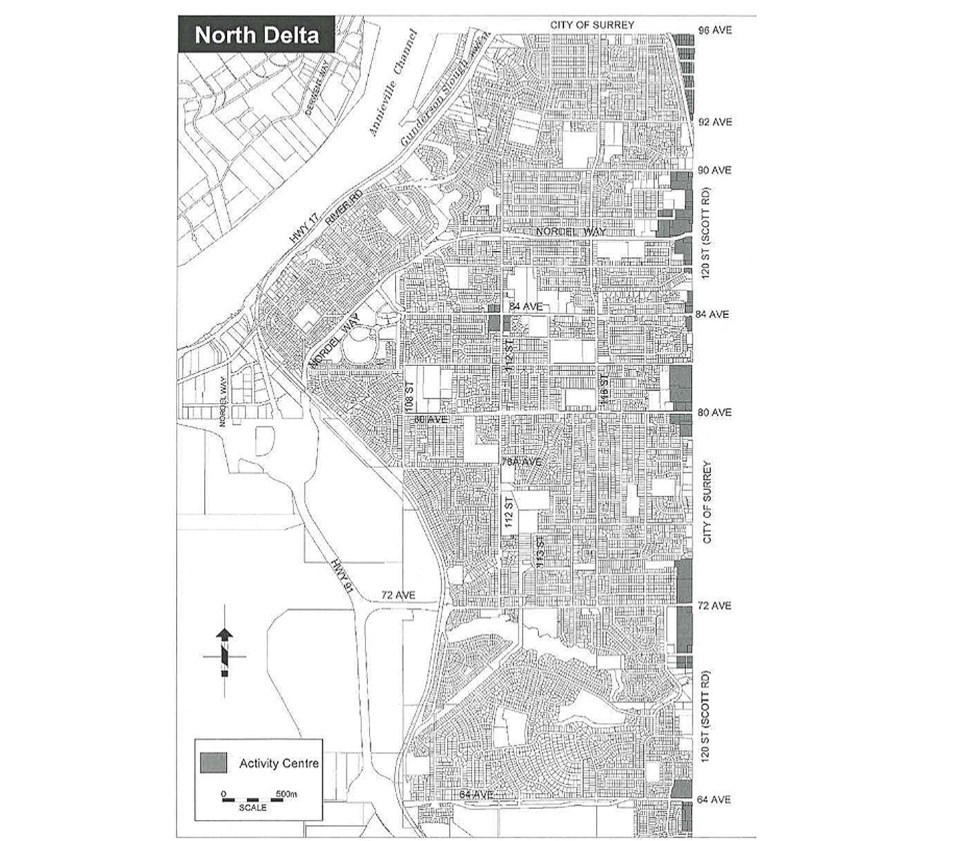 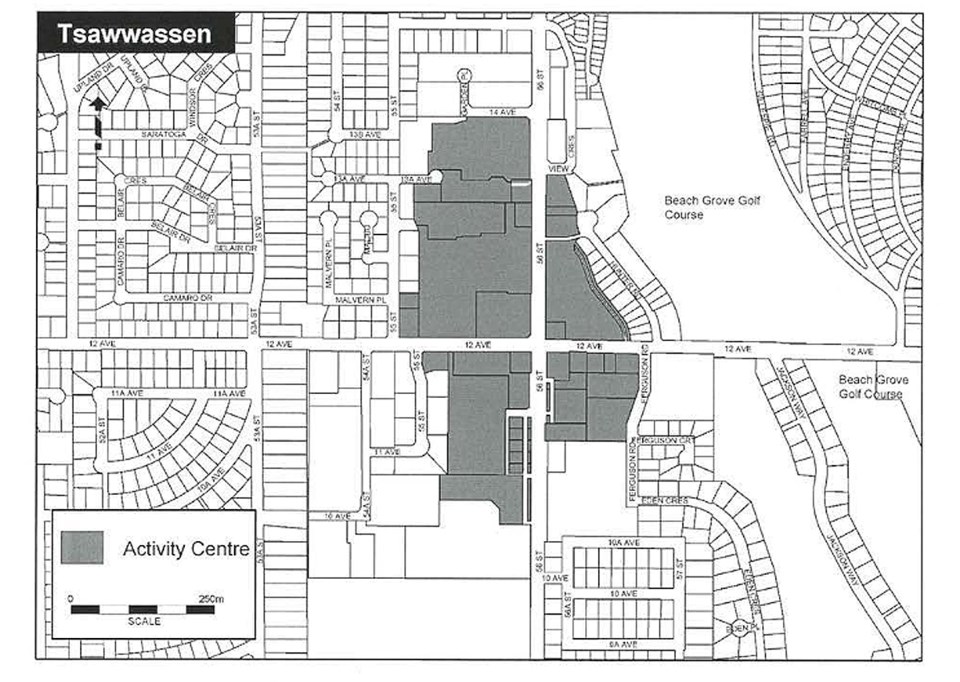