Here's what shoppers are saying about Ladner's FreshCo

It looks like the first impression was a good one for most shoppers checking out the new Ladner FreshCo at Trenant Park Square mall.
Dec 12, 2019 1:00 PM By: Sandor Gyarmati 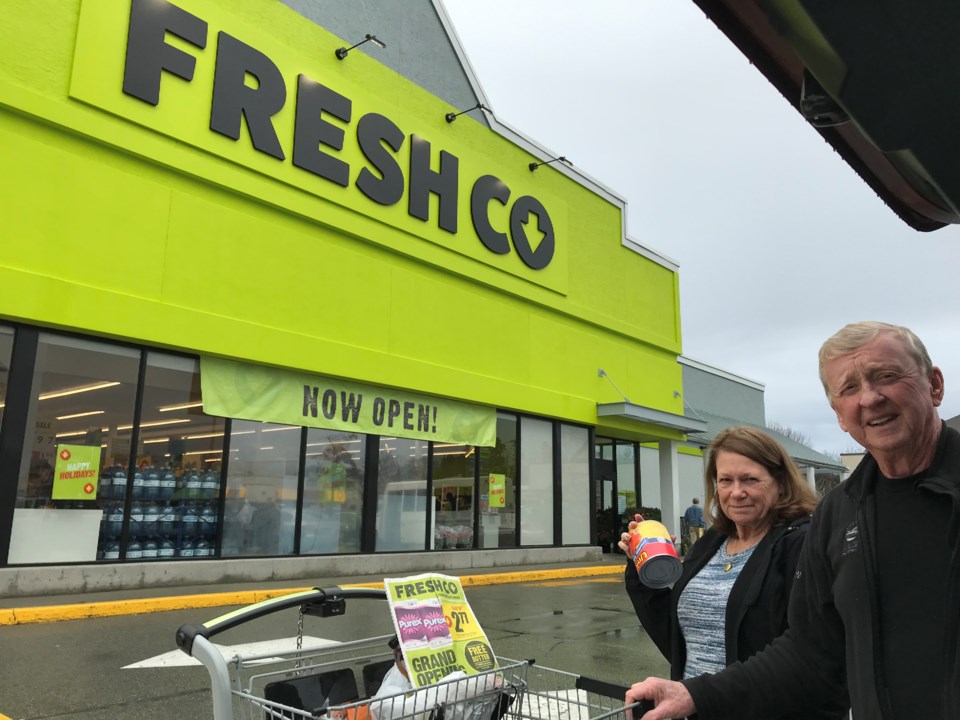 It looks like the first impression was a good one for most shoppers checking out the new Ladner FreshCo at Trenant Park Square mall.

The discount grocery store officially opened this morning and has been busy with residents checking out to see if there are really savings to be had.

“Yes, I’m pleased. There’s a lot of good prices and I think they’ll give the Walmart in Tsawwassen a run for their money,” said David Sharples. “I shop at both and even with their specials, their general prices are competitive with Walmart.”

His wife Janneen agreed, but noted there’s items the store doesn’t carry that she’ll have to pick up elsewhere. She also misses the deli counter of the Safeway that used to occupy the space.

The couple, who live in Tsawwassen, say they used to shop on a regular basis at the former Safeway.

Having a stacked grocery cart, another couple from Ladner said the prices are “much better” than the former Safeway, also saying the FreshCo is well laid out and clean.

Another shopper carrying just one bag with a few items also had a postive impression, saying prices were generally good to very good.

David Ruest from Tsawwassen said he heard a lot about FreshCo and was also pleased, saying he’d go out of his way for cheaper prices if it means saving $10 or $20 on a grocery trip.

However, he also noted he’d like to see a pharmacy at the store to make it more convenient for shoppers.

Another resident described her shopping experience as “pretty good” and that she’d come back again, while another was even more enthused, saying it's great to have such a shopping option available locally.

Another Ladner resident said he was pleasantly surprised by the selection of products including the cheeses and specialty products, saying he had much lower expectations for a discount grocery store.

Store owner Anthony Wong told the Optimist this week he was excited to be offering the FreshCo shopping experience to Ladner and wants to be part of the community.

The company stated it plans to convert 25 per cent of its 255 underperforming stores into FreshCo locations over the next four to five years.

The Safeway at Trenant Park was closed this summer for conversion to the new brand.

FreshCo store owners have autonomy to stock merchandise that reflects their neighbourhood markets.