An accessibility complaint against Pat Quinn’s Restaurant & Bar will go before the Human Rights Tribunal later this year.
Jul 8, 2019 8:05 AM By: Ian Jacques 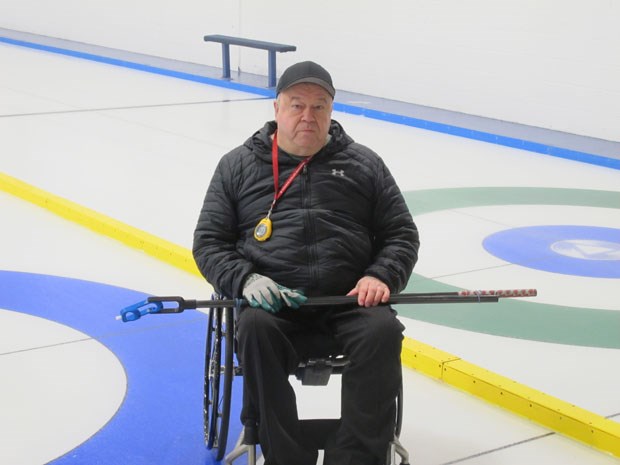 Tsawwassen’s Vince Miele uses a wheelchair and has long been an advocate for people with disabilities.

An accessibility complaint against Pat Quinn’s Restaurant & Bar will go before the Human Rights Tribunal later this year.

The complaint has been filed by Tsawwassen’s Vince Miele who uses a wheelchair and has long been an advocate for people with disabilities.

According to his application, in February 2016 he made a reservation for four and informed the Tsawwassen Springs restaurant that one in the party uses a wheelchair.

When he arrived, he found his friends had been seated at a table in the lower area of the restaurant, but he was unable to independently join them because of three stairs. A server offered to help him down the stairs, but that was not feasible.

As a result, his friends were moved to the upper level of the restaurant. He said the experience attracted undue attention from other diners and that it was an “incredibly embarrassing experience.”

After the incident, Miele contacted the restaurant to complain about the lack of access to the lower floor.

“I received less than a satisfactory response and in correspondence with others looked originally at a class-action lawsuit,” Miele told the Optimist. “The commissioner of the tribunal determined that a class-action complaint was a lot more complicated. They felt they would not accept it as a class-action, but continue it at the Human Rights Tribunal.”

In January, an application was made to dismiss the complaint, but that was denied, so it will now be heard before the tribunal in November.

Miele said since he started the complaint process three years ago, the restaurant has made some improvements, including installing an automatic door opener from the parkade to the elevator and a door to enable access to the patio. As well, it now has a portable ramp, but Miele contends that does not meet the building code and a permanent ramp should be installed to meet all accessibility standards.

“We’re very surprised by all of this. It’s a shame because it is a great restaurant and we love going there,” he said. “I’m not in this to harm the reputation of the restaurant. I thought it was an oversight when I first wrote to them in good faith and thought it would be corrected.

“Three years later we are still waiting. What are we to think? I’m adamant about what I want and so are they and that’s why we are heading to a hearing. To design something like this so poorly is quite surprising. It should be inclusive and accessible for all and it’s not.”

Dave Symington also wrote to the Optimist about a similar experience he had at the restaurant in May.

“It’s surprising that a building this new still did not take into account that people with mobility-related disabilities might want to use the lower and main portion of the restaurant,” he said. “The building code specifically states that where there is a change in floor levels it must be made accessible, which means a permanent ramp or other means where an individual can independently access the area. If we have to make a fuss about sitting in an area that anyone else can, we are not being accommodated fairly.”

Through its legal counsel, Tsawwassen Springs provided a written response to the Optimist.

“We engaged the services of professional engineers and architects who created the building plans for the construction of Pat Quinn’s Restaurant & Bar along with the entire building in which the restaurant is situate, which plans were in full compliance with the then current B.C. Building Code including the accessibility requirements provided therein,” said the response.

“We will not be providing any further comment while this matter is being considered by the tribunal.”