Interurban passenger rail service is not rapid transit and is not the project the region needs today.
Jul 2, 2020 8:05 PM By: Sandor Gyarmati 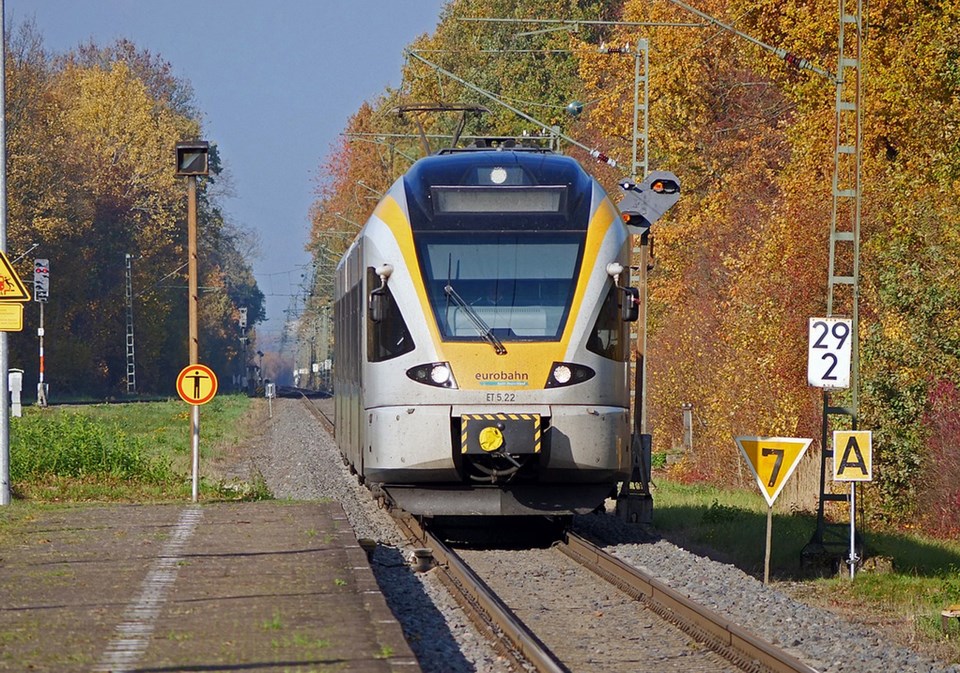 TransLink is throwing cold water on the proposal that would see interurban passenger rail on a 99-kilometre corridor that would run from the Pattullo Bridge to Chilliwack.Pixabay

Interurban passenger rail service is not rapid transit and is not the project the region needs today.

That’s according to TransLink, responding to former Delta councillor and Langley mayor Rick Green’s recent critical comments on the direction of the transit authority and Mayors’ Council.

In a letter to the current Delta council, Green poked holes in TransLink’s plan to move forward with a SkyTrain extension into Surrey, noting it’s not too late to go back to the original light rapid transit project.

Green, representing the South Fraser Community Rail Society, said it’s long past time the TransLink board of directors rethink and review their decisions and planning related to both SkyTrain, light rapid transit and the interurban south of the Fraser proposal.

His group is advocating interurban passenger rail by re-activating an old interurban line, a 99-kilometre corridor that would run all the way from the Pattullo Bridge to Chilliwack.

The proposed system would use hydrogen rail, a propulsion system that has a fuel cell device, converting the chemical energy contained within the hydrogen in order to generate electricity.

Ladner resident and former premier Bill Vander Zalm is also a member of the society and has been critical of the scrapping of a pervious light rail plan in favour of the SkyTrain extension.

In a previous interview, Vander Zalm noted that when the track rights were sold during his time in government, the freight rights were sold, the province ensured the right to have passenger service was reserved for the line.

However, TransLink in response is pointing to a “facts sheet” which outlines why the interurban rail idea wouldn’t work, stating the interurban corridor has been studied as a potential route for passenger rail service twice in the past ten years - first with the B.C. Ministry of Transportation’s strategic review of transit in the Fraser Valley in 2010 and then with TransLink’s Surrey Rapid Transit Study in 2012.

The results led to the interurban passenger service not being included on the list of regional priorities.

“However, our plans for the region identify the need to connect Surrey Centre and Langley with reliable, high capacity, high frequency transit. The Interurban community rail proposal is a different kind of project and meets a different set of goals and is not a comparable option to SkyTrain along Fraser Highway. TransLink is committed to exploring future options with municipalities and other partners,” TransLink states.

TransLink also notes, among other things, interurban passenger rail would provide less than 20 per cent of the capacity as SkyTrain, it does not connect key regional destinations like Surrey Central, thus reducing its potential ridership, and it would provide much slower travel times and much less frequency than rapid transit, and therefore attract much lower ridership than faster, more direct rapid transit along Fraser Highway.

The transit authority also notes Southern Railway holds the right-of-way for 85 per cent of the rail route, while CP holds the rights for 15 per cent, which means TransLink would have to negotiate with rail companies at a cost for any use of the line for passenger service.

TransLink also notes freight traffic is expected to increase and it will further increase once port expansion at Roberts Bank will be complete.

“There is no agreement allowing the provincial government passenger rail service rights for the entire line – this is simply false. Commercial agreements for passenger rail service would need to be negotiated and obtaining rights would come at a cost. A great deal of costly infrastructure would be required to run bi-directional service – much more than claimed by Interurban supporters. Higher capital costs and lower ridership would mean that the cost per ride would be 10 times higher than SkyTrain,” TransLink told the Optimist in a statement.

TransLink also noted switching Surrey Langley SkyTrain out for Interurban passenger rail will delay any rapid transit investment south of the Fraser for years at minimum.

“This project is not a part of the RTS or the Mayors’ Council’s 10-Year Vision, nor does it fit with the Metro Vancouver Regional Growth Strategy. A new investment plan and significant research would be required to conduct an independent study on the feasibility and business of this project. Pushing interurban as an alternative to SkyTrain, risks our ability to provide rapid transit for south of the Fraser. The argument that the Surrey Langley SkyTrain should not be built because it does not get to Langley fails to accept the fact that all of the existing SkyTrain lines have been built in phases.”

The interurban corridor is not owned by CP Rail or Southern Rail, the group states, noting they only own the freight rights with significant restrictions, and that the corridor is owned by the people of B.C.

Passenger and freight service on the line legally must be shared equally, so if double tracking is required, CP Rail is legally bound to do so at their expense, the group contends.

“This is a positive community initiative which has unfortunately turned into a public fight against irresponsible governance by TransLink Staff over the past year. Our SFCR Group will not back down or be intimidated in the face of what we see as an out of control bureaucracy attacking a very legitimate option that should be properly considered and analyzed,” a letter to the Mayors’ Council and TransLink board stated.