A long-term expansion of the KinVillage seniors housing complex in Tsawwassen has passed another hurdle.
Dec 30, 2018 3:05 PM By: Ian Jacques 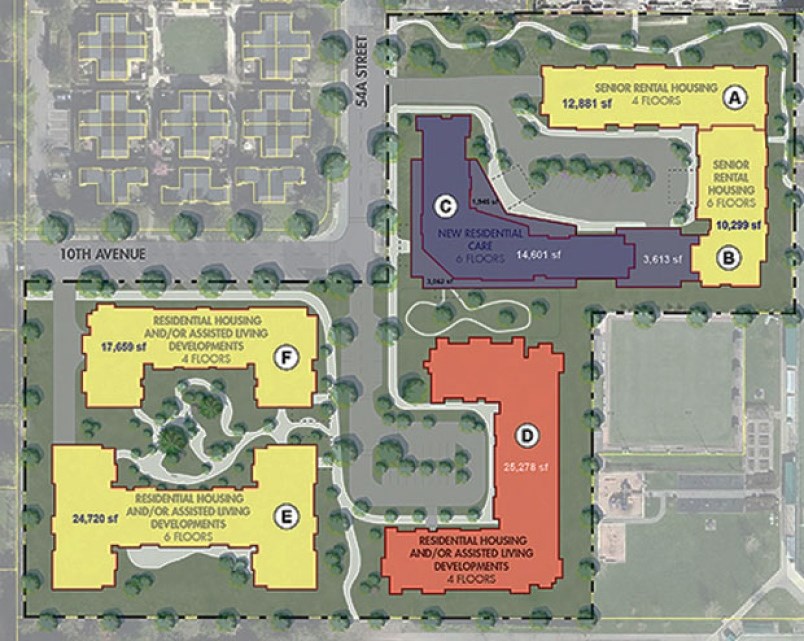 A long-term expansion of the KinVillage seniors housing complex in Tsawwassen has passed another hurdle.

At the final Delta council meeting of 2018, civic politicians gave preliminary approval to an ambitious redevelopment proposal and forwarded it to a public hearing sometime in early 2019.

The site currently contains three buildings ranging in height from one to three storeys. The current KinVillage operates 310 affordable rental units for seniors, including 68 in assisted living and 100 in residential care, as well as a community centre.

A total of 798 units are proposed in the re-development, comprising 544 seniors’ rental housing units, 119 units in congregate care and 135 community care beds.

The proposed development would be phased in over 10 to 15 years.

“The owner intends to build the first phase in the northwest corner, currently a parking lot, to allow current tenants to transition into new buildings before any existing buildings are demolished,” states a staff report to council. “Subsequent phases would include construction of a new residential care facility, after which time the current residential care facility, including the community centre, would be decommissioned.”

The current clubhouse for the Tsawwassen Lawn Bowling Club would also be re-located to Winskill Park.

“The intent is that programming from the KinVillage community centre would transition to the new community centre in Winskill Park,” states the staff report. “In addition, KinVillage Association commits to maintaining its community partnerships and facilitating programs as best as possible as it redevelops the site.”