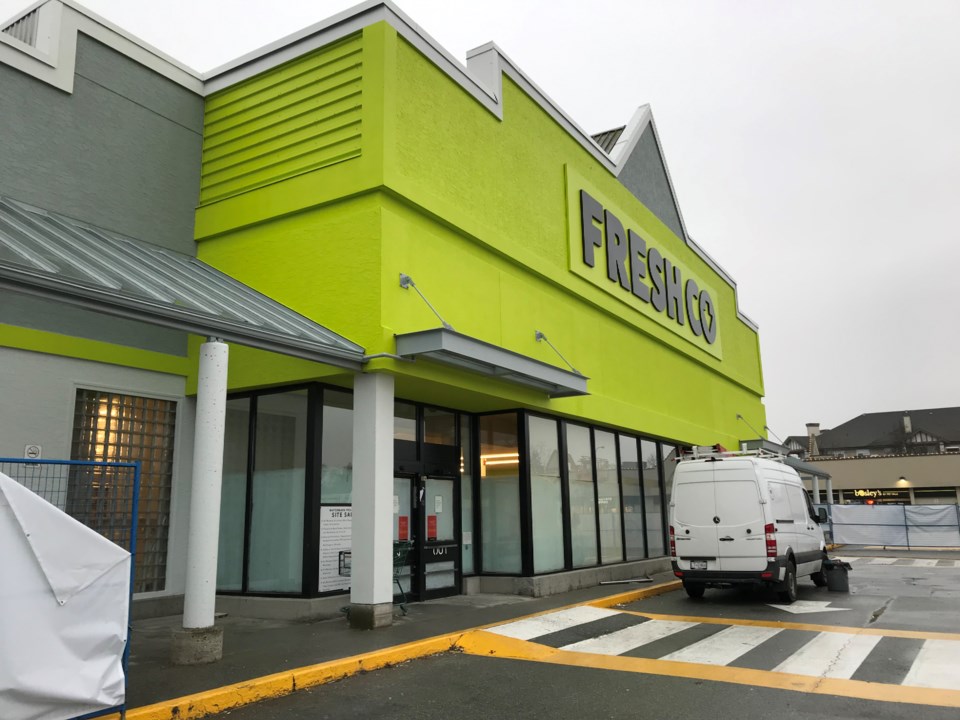 For the past few months the former Safeway grocery store in Ladner’s Trenant Park shopping mall has been undergoing renovations to convert the space into a FreshCo.

Earlier this year Sobeys announced the locations of its first 10 FreshCo locations in B.C., including the conversion of the Safeway store in Ladner.

An earlier news release from the company stated it plans to convert 25 per cent of its 255 underperforming stores into FreshCo locations over the next four to five years.

Several stores have opened in recent weeks including one this Thursday in Maple Ridge.

Earlier this year a FreshCo opened in a former Safeway space at the Strawberry Hill shopping mall along Scott Road in Surrey.

There’s no word yet if the Safeway in North Delta on 64th Avenue at Scott Road will also be targeted for conversion. It’s the last Safeway in Delta.

690
City of Delta replacing annual spring clean-up
395
'Do not make plans,' warns Henry in plea to stem Family Day travel
246
Letters: Closure of Delta Hospice is a tragedy for community
242
Safety prompts Delta to install no parking signs near Brunswick Point Trail
240
COVID-19 outbreak over at The Waterford