Delta Street location closed back in early December for pre-cautionary measures
Jan 15, 2021 10:45 AM By: Mark Booth 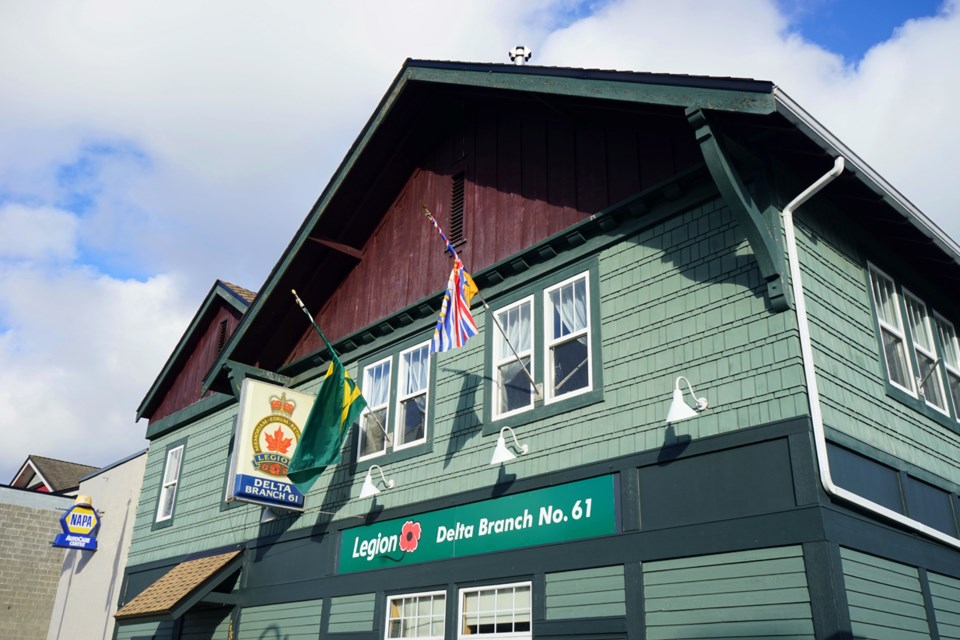 The doors are open again at the Ladner Legion, just in time for the weekend.

The Delta Street establishment closed back in early December for pre-cautionary measures after a couple of members came in for dinner and tested positive for COVID-19 a few days later.

The Delta Branch 61 executive met last weekend and a decision was made to re-open under the previous provincial health orders.

“We had to have a few days to get the kitchen up and running, the bar done and other stuff too,” explained acting manager Donna Desbarres. “So Friday at 11 a.m. it is.”

Desbarres added the Legion will close an hour early on Fridays at 8 p.m. and will continue to operate under limited hours, while remaining closed on Sundays and Mondays. There will continue to be no live entertainment and or other popular regular features such as meat draws.

The Legion’s capacity has been reduced from 125 to 60 which includes the outdoor patio that is closed for now.

1618
Letters: People of Delta should not pay this bill
447
Dolphins Swim Club getting national and provincial attention
369
City of Delta cruise ship terminal could depend on Massey Tunnel replacement
344
Letters: Why is the word “God” still part of our national anthem?
328
Letters: How does the Premier feel about travelling to get his vaccine?