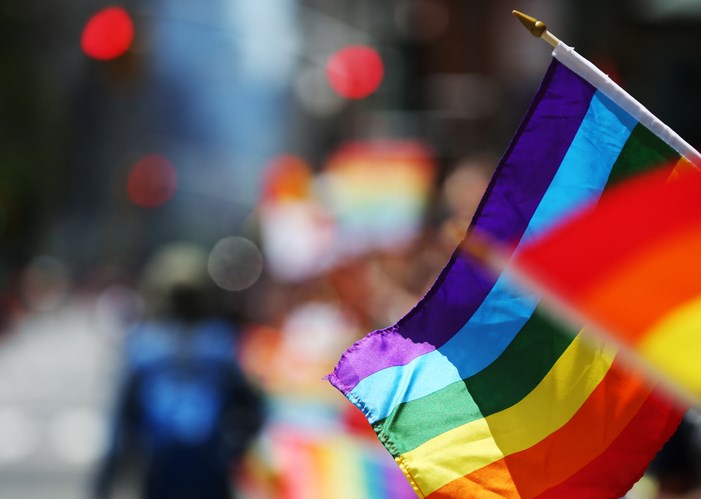 “Consistent evidence has indicated higher rates of suicidal behaviour among sexual minority youth than their heterosexual counterparts,” the report said

“In Canada, suicide accounts for 24% of all deaths among youth aged 15–24 years, representing one of the leading causes of youth fatality,” the study said.

What the B.C. research team found was that the greater the LGBTQ youth supports in a community, the less likely sexual minority youth, particularly lesbian and bisexual girls, were to have suicidal thoughts or attempts, or to self-harm than their counterparts in communities with such supports.

And, research shows that safe and inclusive schools, particularly those with gender and sexuality alliances – or GSAs - contribute to LGBTQ youth well-being.

Further, the team also found lesbian and bisexual girls in communities where more people voted NDP in the 2013 provincial general election were less likely to report suicidal thoughts or self-harm.

UBC lead researcher Elizabeth Saewyc, said policy platforms for NDP provincially and the Democratic Party in the U.S. were looked at as proxies for progressive attitudes on sexuality issues.

“All of these things together send a message in a community and demonstrate there are places where LGBTQ youth are welcome and they’re safe,” Saewyc said. “You’re part of the community. You matter. Let’s celebrate you. We support you.”

“Our goal is to help make a difference for young people,” Saewyc said.

But, Saewyc said, “There are still communities that are clearly uncomfortable even now and are not supportive of sexuality and gender diversity issues.”

The research was published in the Preventive Medicine journal.