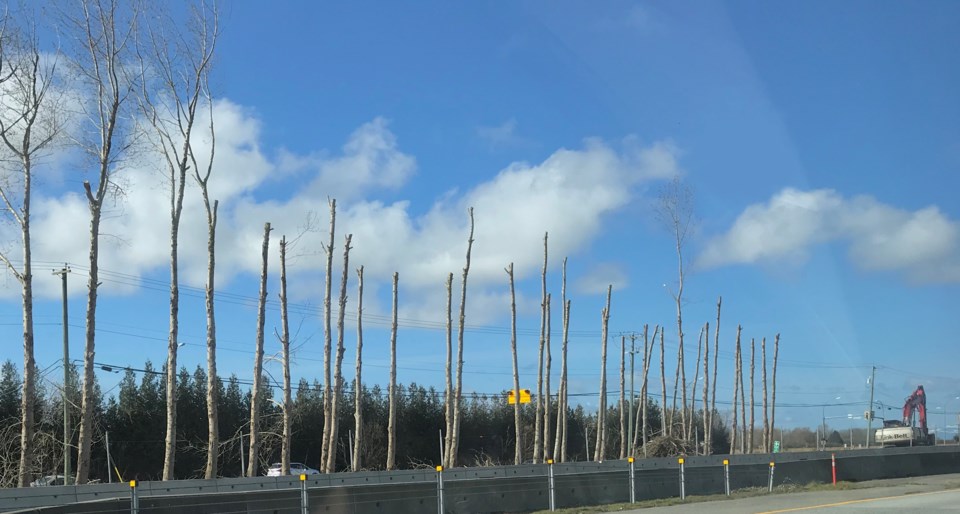 The work taking place along Highway 99 is connected with the Highway 91/17 and Deltaport Way Upgrade Project.Sandor Gyarmati/Delta Optimist

Motorists heading southbound on Highway 99 in Delta have been seeing a lot of evening construction activity on the side of the road recently.

It is part the Highway 91/17 and Deltaport Way Upgrade Project, a $260 million undertaking which includes a series of major roadworks aimed at increasing highway efficiency and reducing conflicts between local traffic and commercial vehicles.

The B.C. Ministry of Transportation, in an update to the Optimist, notes preload sand material is being transported from Highway 99 to the project area at River Road until later this month.

The material is being removed from Highway 99 southbound between the Highway 99/Highway 17 Interchange and 80th Street, Sunday through Friday, from 9 p.m. to 6 a.m.

There has been temporary night ramp closures on the 80th Street Exit (Exit 23) from Highway 99 southbound.

The new interchange will improve the connection to and from River Road and eliminate the need for an at-grade rail crossing to access Highway 17.

Funding partners for the overall upgrade project include the Government of Canada through the National Infrastructure component of the New Building Canada Fund, the Province of British Columbia and the Vancouver Fraser Port Authority.

The expected completion date is 2023.

Meanwhile, in a separate road project, the City of Delta is undertaking upgrades on Highway 10 in East Ladner.

The project also includes enhanced pavement markings, reflective delineators at each utility pole and construction of an emergency pull out near the 104th Street intersection.

That project is scheduled for completion by the end of April.