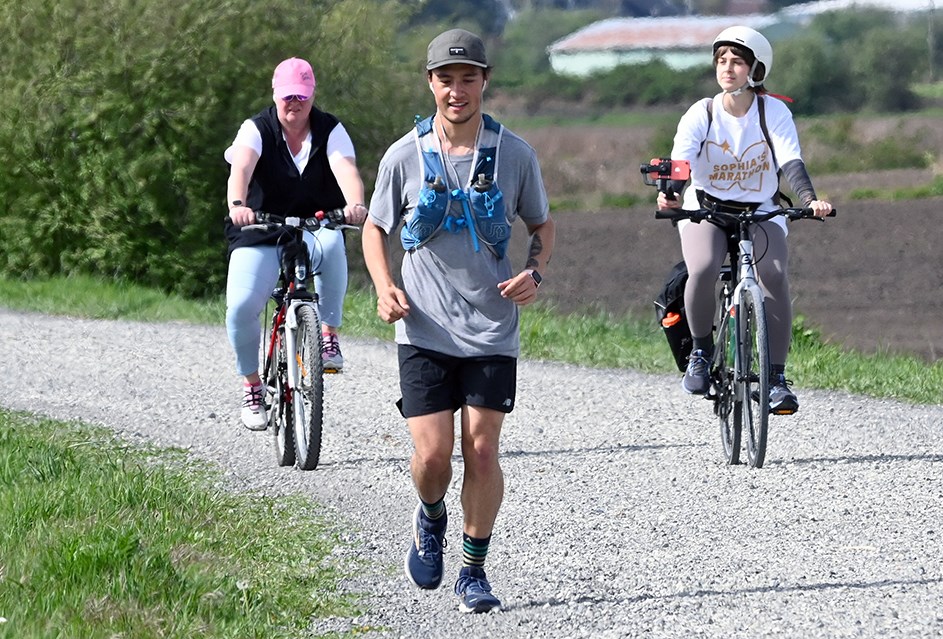 Jason Fung runs along the Boundary Bay dyke near 64th Street during the opening minutes of Sophia's Marathon on Thursday morning. He is running his first-ever marathon in memory of his sister and raising money for the Canuck Place Children's Hospice. Mark Booth

Sophia would have been proud.

Sophia Fung passed away in 2017 at the age of 16. She was born with a rare life-limiting illness and spent much of her life in and out of hospitals. Despite her medical challenges, she was an inspiration to those around her by living life to the fullest.

Jason wanted to do something special for his sister and decided to take his leisurely running to a level he has never gone before.

The initial goal was to raise $1,000 and the early outpouring of support changed the goal to $5,000. That has now been easily surpassed with the total sitting at over $8,500 as of Thursday afternoon. Donations can still be made by visiting Sophia’s dedicated page on the Canucks Place website.

Brother honours the memory of his sister with Sophia’s Marathon
Apr 19, 2021 9:00 AM
Comments