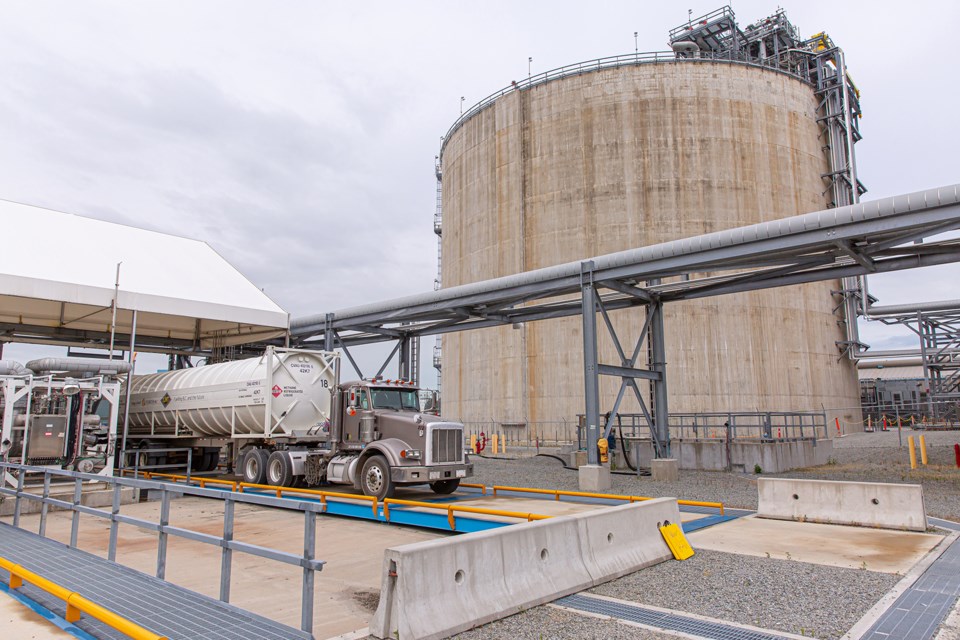 FortisBC this week announced it is proceeding with a new project at its Tilbury liquefied natural gas facility.

The Tilbury Truck Loading Expansion Project will involve the construction of two new loading bays to double the facility’s capacity to provide customers with LNG.

Operating in Delta since 1971, the Tilbury LNG facility was expanded in 2018 to produce more LNG for local ferry and truck transport customers.

The facility currently fills more than 1,000 LNG containers from its two loading bays for transport and overseas customers per year and is continuing to see customer growth, according to FortisBC.

The $18.5 million expansion project will allow it to better serve those customers as it moves toward its 30BY30 target of reducing its customers’ emissions 30 per cent by 2030 by providing LNG as a lower-carbon fuel alternative to diesel or marine fuel, FortisBC adds.

FortisBC, meanwhile, has an application for its facility Phase 2 Expansion, which would add 162,000 cubic metres of additional LNG storage and up to 3.5 million tonnes of LNG liquefaction capacity per year.

Once the expansion is done, LNG storage could end up being 236,000 cubic metres.

The expansion is to connect to FortisBC's existing LNG facilities to supply natural gas to utility customers as well as supply LNG for the proposed adjacent  Tilbury Marine Jetty project.

Tilbury Limited Partnership, which is behind that project, is a partnership between affiliates of FortisBC and Seaspan.

The marine jetty would provide berthing and loading facilities for up to 69 LNG carriers a year to serve offshore markets and up to 69 LNG bunker vessels to serve local and regional markets.