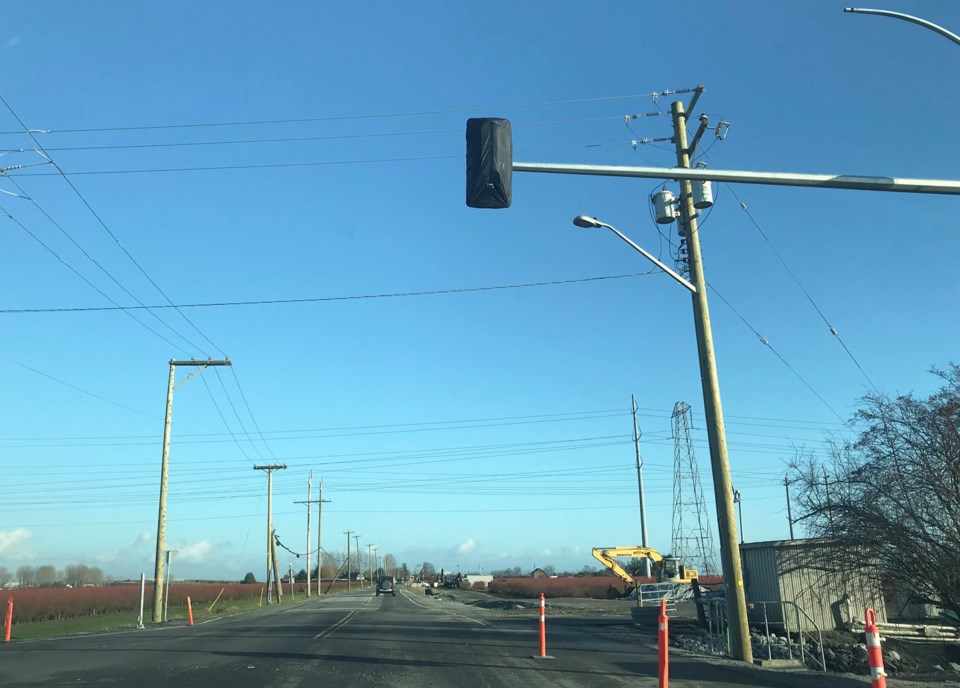 Mayor George Harvie said the intersection has become extremely busy with the opening of the malls at the Tsawwassen First Nation. The traffic signals are to improve the flow of east-west vehicular movements, making it safer.Sandor Gyarmati/Delta Optimist

It’s a South Delta intersection that’s clearly in need of a safety improvement.

While some interim improvements have been added by the city to assist motorists, including additional pavement markings and the placement of delineators at the intersection, the biggest safety feature will be the activation of new traffic lights.

The new traffic lights are expected to be operational in February.

Noting the intersection has seen a big increase traffic since the opening of the nearby malls, Mayor George Harvie said at a recent council meeting that it’s “extremely difficult” to drive through the intersection when it’s dark, especially when it’s also raining.

It’s also a situation that’s become difficult for cyclists, he said, adding he recently saw a car driver not stop for a stop sign at the site.