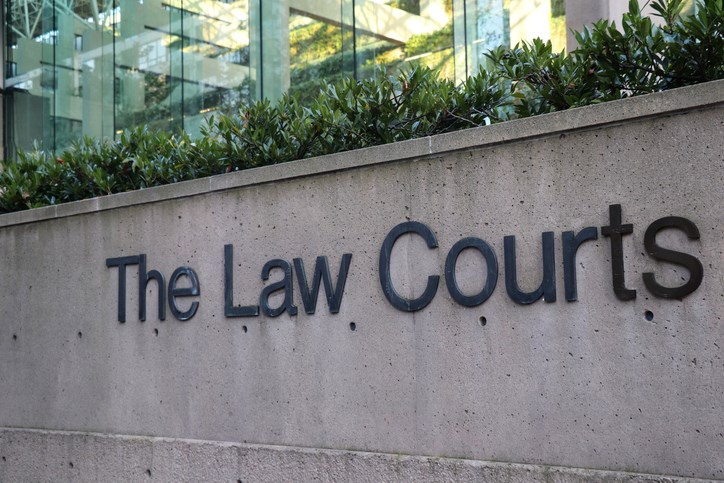 Convicted in a 1990 double murder, Derik Lord is showing manageability under community supervision which serves to further reduce his risk, according to the parole board.Getty Images

A 47-year-old man convicted in a grisly double murder in Tsawwassen three decades ago has been granted another six-month extension of his day parole.

Following a review by the Parole Board of Canada, Derik Lord this week was granted the extension with the board noting he has adjusted well to living at a community residential facility.

He also renewed his vocational tickets and recently got his learners licence.

The board noted he continues building community supports, including working with a trauma counsellor as well as speaking with his wife and son regularly, but he continues to maintain his innocence.

The board also stated he “will not present an undue risk to society with a continued day parole with special conditions.”

Following a review by the parole board last March, Lord was granted day parole for a four-month period.

Another review was conducted in early July and he was granted a further extension at that time.

He was one of three teenagers convicted in the 1990 double murder case and spent over 27 years behind bars, all the while insisting he was innocent.

Lord and David Muir were hired by Darren Huenemann to kill Huenemann’s mother and grandmother, Sharon Huenemann and Doris Leatherbarrow, in a murder-for-hire plot.

The two were promised part of a $4-million inheritance

The three teens lived in Saanich at the time of the murder and at trial the prosecution said that on Oct. 5, 1990, Huenemann and his girlfriend dropped Lord and Muir off at the ferry terminal.

The pair then went to Leatherbarrow's Tsawwassen home and, after being invited in for dinner by the two women, bludgeoned and stabbed them to death.

The two teens then took the ferry home and were picked up by Huenemann and his girlfriend.

Lord and Muir were both sentenced to life in prison with no chance of parole for 10 years.

Huenemann received a life sentence with no chance of parole for 25 years.

After his conviction, Muir, who pleaded not guilty at trial, admitted his role in the murders and has been out on parole for over a decade.

He was granted day parole in April 2002 and full parole a year later.

Huenemann five years ago appeared before the parole board at his Quebec prison for the first time where his parole request was denied.