The purpose of the Crime Beat is to educate and inform the public about some of the property crime trends occurring in South Delta and other files of interest.
Nov 25, 2020 12:00 PM By: Delta Optimist 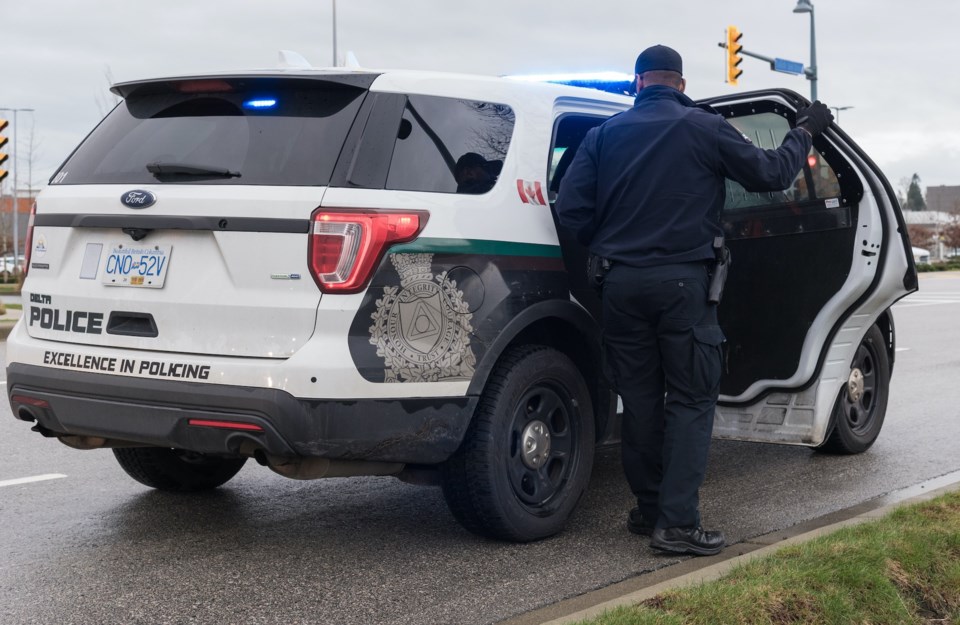 November 16th, 5:03 a.m., 7000 block 115th St: Complainant reported an audible alarm coming from a construction site. Police attended and found a home under construction with a loud buzzing being emitted from an exterior panel. Police were able to silence the buzzing. Police did not find anyone on site. The exterior fencing had been pulled open, however there were no obvious signs of theft. Police secured the house and moved the fencing to close the area off again. Nothing suspicious was noted at this time.

November 17th, 9:05 p.m., 8000 block 120th St:  Police observed a vehicle exit a parking lot and turn without using its turn signal, resulting in a traffic stop. Police detected a distinct odor of liquor on the driver. Police read an Approved Screening Device demand which resulted in a fail. The male declined to take a second test. The vehicle was impounded and the driver received a 90 day initial roadside prohibition.

November 18th, 10900 block 72nd Ave:  Police were conducting stationary laser speed enforcement where they observed a vehicle change lanes and accelerate very quickly.  The vehicle’s speed was verified with radar at 111 km/h in a 60km/h zone. Police conducted a vehicle stop and the driver was issued an excessive speeding ticket and the vehicle was towed.

November 20th, 11:44 p.m., 8800 block 119 St: Police conducted a traffic stop after witnessing a vehicle failing to come to a complete stop at two separate stop signs. In conversation with the driver, police noticed a distinct odour of liquor emanating from the drivers breath. The driver stated that his last drink was three weeks ago.  An Approved Screening Device demand was read, resulting in a fail. The driver declined a right to request a second test. The driver was issued a 90 day Immediate Roadside Prohibition and the car was impounded.

November 21st, 8:39 p.m., 11700 Pinewood Drive: Complainant called police advising that a small group of males had lit a small fire on the cement path at a nearby elementary school. Police located the group who were cooking bacon bits atop a salvaged coke can using a candle. The group advised police that they were bored and had nothing better to do.  The group agreed to pack up their belongings and head home for the night.  There was no damage to property.

November 22nd, 3:43 p.m., Location withheld: The complainant reported that her neighbour had urinated on the exterior wall of her residence.  Police spoke to the neighbour who stated that he was urinating on his own fence. Police warned that further complaints could result in an indecent act investigation as there were children and concerned parents residing at neighbouring residences. Police further advised the neighbour to be more considerate of others around him. The neighbour stated he understood and was apologetic.