The EAB’s recommendations include GFL establishing an advisory group with residents to share information on the operation of the new facility
Mar 31, 2021 12:05 PM By: Sandor Gyarmati 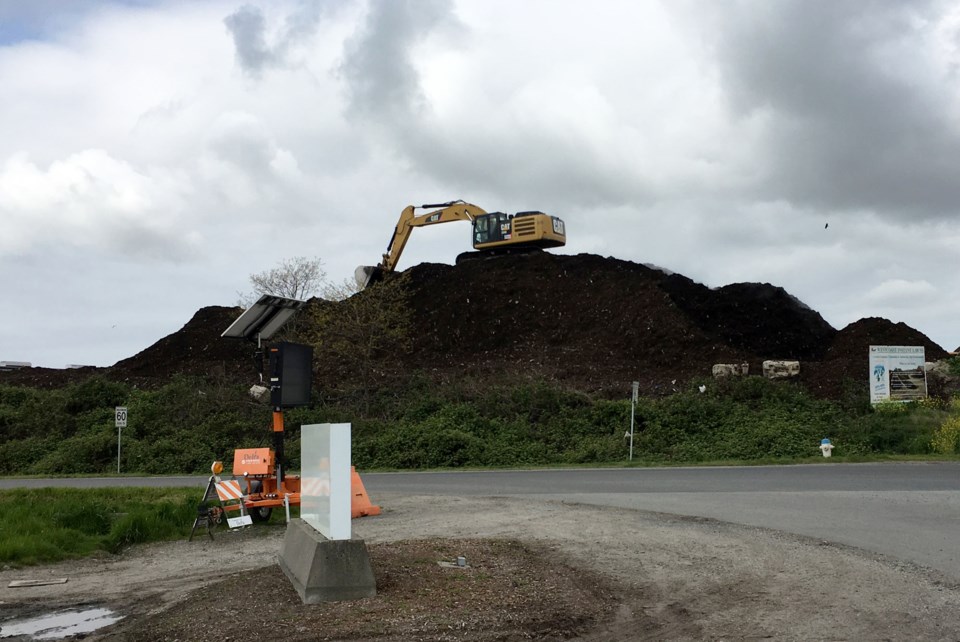 The City of Delta notes the new GFL compositing facility in East Ladner is a significant improvement to the previous system. Ongoing performance monitoring and emission testing will be occurring.Delta Optimist file

It is a win for the residents of East Ladner.

That’s what residents are saying about the latest development regarding a controversial food waste recycling facility which caused nauseating odours for the community.

“Because of our overwhelming odour complaints to Metro Vancouver, GFL was compelled to enclose their food waste recycling facility on 72nd (Street). It remains to be seen if the problem returns with the warmer weather. Spring and summer are also the busiest intake of stock for GFL to process. Because of COVID, it is critical that residents be able to seek clean air outdoors and to enjoy their backyards and parks,” said Peggy Richardson, spokesperson for the resident appellants about the Environmental Appeal Board’s recently issued decision regarding the GFL Environmental Ltd. regional air quality permit.

In August 2018, Metro Vancouver issued an air quality permit to GFL which was promptly appealed by the company as being too restrictive.

Area residents, including the grassroots community group known as Stop the Compost Stink, also appealed the permit for not protecting them or the environment from odourous air contaminants.

The EAB held a hearing over 44 days, which commenced in 2019 and wrapped up last summer.

Residents made submissions but also continued to file complaints throughout the hearing.

The EAB, among other things, found the use of odour units as a compliance mechanism in the permit to be unenforceable.

It also directed the district director of Metro Vancouver to make significant changes to the GFL permit.

The EAB also amended the term of the permit to six years, commencing Sept. 1, 2020.

Richardson in her statement noted, “This hearing was being watched by many others and unfortunately this decision leaves the Province and country without a direct means of assessing, monitoring and measuring the impact of odour on residents. BC doesn’t have a legal definition of an odour or how to classify it for the purposes of regulation in the Environmental Management Act. Now GFL must provide Metro Vancouver with an Odour Management Plan and Operation Management Plan as the Panel directed the permit to delete all requirements for monitoring, reporting sampling and modelling.”

A City of Delta staff report to council this week notes Delta has supported more restrictive odour-monitoring protocols, including modification of the one-kilometre odour-monitoring boundary set out in the original permit to exclude all residential homes.

The company has enclosed the compost facility, located at 4295-72nd St., and will be subject to new requirements established within its Metro Vancouver air quality permit.

The previous on-site composting facility that was not fully enclosed within buildings, and did not have the same level of odour controls, is no longer permitted to operate.

“Although the Resident Appellants have heard nothing from GFL or MV, according to the EAB decision documents, GFL is willing to reduce the distance for odour from their facility to 600 meters from the facility boundary and work with Metro Vancouver and residents to remedy any issues. Only time will tell if they will comply and keep our air free of odourous contaminants and pollution,” Richardson added.