Kudos to Adrian Dix for the Ministry of Health’s February announcement that it was cancelling the Delta Hospice Society’s lease, allowing Fraser Health to take control of Irene Thomas Hospice next February.
Jun 2, 2020 8:05 AM By: Alex Muir 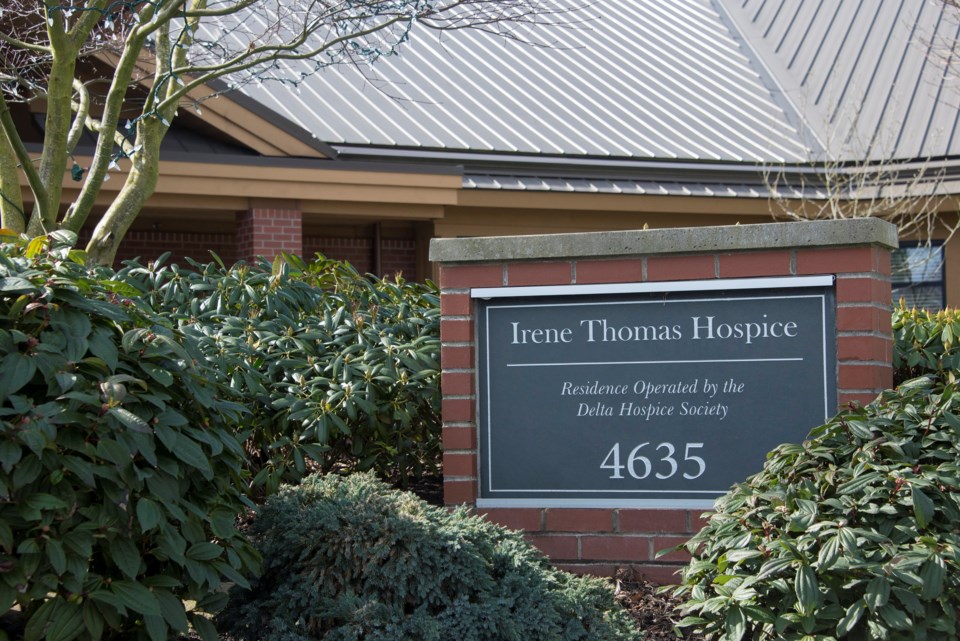 Kudos to Adrian Dix for the Ministry of Health’s February announcement that it was cancelling the Delta Hospice Society’s lease, allowing Fraser Health to take control of Irene Thomas Hospice next February. This presumably sets the stage for medically assisted deaths to occur at the hospice, in compliance with Fraser Health policy, although Delta Hospice is challenging the lease cancellation.

As has been widely reported in the press, the current anti-MAiD board of directors has called for a special meeting on June 15 to fundamentally alter the constitution and bylaws of the society. These disturbing changes would establish the Delta Hospice Society as a Christian society and, in its bylaws, clearly reject medical assistance in dying as a possibility. In one of the most outlandish bylaw changes, overturning this to allow MAiD would require consent by 100 per cent of the members.

Most of the public and politicians are suitably outraged by the proposed changes and hopefully there will be government intervention to prevent the vote from occurring. What has been missing from the dialogue, though, is the fundamental flaw in current health policy which is driving the board’s actions.

By declaring itself a faith-based organization, Delta Hospice Society (if it continues to run the facility) would take advantage of the MAiD exemption which the province has granted to faith-based facilities. It would be able to continue to receive public funding without providing MAiD.

This is, and always has been, based on flawed logic. While the current federal legislation (Bill C-14) allows clinicians who have a “conscientious objection” from participating in delivering MAiD, this right should not be afforded to organizations or facilities, as the B.C. government has done. An individual has a conscience. Bricks and mortar do not.

The MAiD exemption policy at faith-based facilities also violates the rights of staff at these facilities who support MAiD, and there are a lot of them. As someone who has acted as an independent witness more than 100 times for those submitting a request for MAiD, I have visited St. Paul’s Hospital (and other Providence Health facilities) in this capacity many times.  The nurses and social workers have been overwhelming supportive and helpful.

However, hospital policy prevents a medically assisted death from being performed on-site, resulting in a “forced transfer” to a facility which is unfamiliar to the patient. This transfer is often physically painful and always emotional for the patient and the family. This practice needs to end.

By closing the MAiD exemption loophole for faith-based groups under current health policy, it would end needless suffering and there would be little incentive for organizations like Delta Hospice Society to take the drastic steps it is attempting right now.

Alex Muir is chair of the Vancouver chapter of Dying with Dignity Canada.