Opinion: We can count on our medical system to be the best when we need it the most

I’m at Winskill Aquatic and Fitness Centre on a freezing cold morning trying to pump it up in my crowded Muscle Max class. A fellow classmate hears her favourite song and screams out, “It’s great to be alive.
Feb 15, 2019 4:05 PM By: Ingrid Abbott 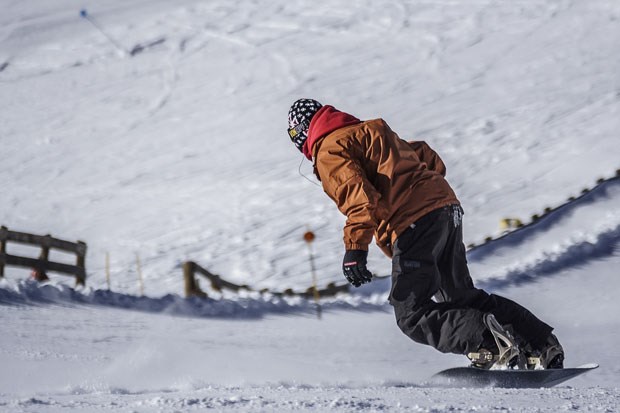 Community Comment columnist Ingrid Abbott's stepson (not pictured) had his life changed in an instant while snowboarding.Pixabay

I’m at Winskill Aquatic and Fitness Centre on a freezing cold morning trying to pump it up in my crowded Muscle Max class. A fellow classmate hears her favourite song and screams out, “It’s great to be alive.” I want to scream back, “You’re darn right it is.” After what our family has been through the past six weeks her words have more meaning than she will ever know.

Thanks to a medical system that worked for my stepson when it was a matter of life or death, he’s also feeling great to be alive. My husband’s son, who grew up in Tsawwassen, is an accomplished athlete in snowboarding, rock climbing and running. At age 30, he is in peak physical performance.


Last month after a huge dump of fresh snow he and his brother and two friends rode the gondola up Whistler Mountain for a day of snowboarding. It’s a mountain he grew up on, but an unexpected impact with a tree stump and my stepson’s life changed in an instant.


What played out over the next 48 hours is an example of our medical system working in the way it was designed. Years of training, intuitive decision making, skill and teamwork all came together with the best possible outcome any family could ask for.

From the doctor on the hill who reached him first (every day doctors free ski Whistler with a radio and a backpack containing emergency medicine) to the doctors at the Whistler medical clinic who diagnosed the seriousness of the injury, a chain of emergency medicine kicked in. The team of paramedics on the air ambulance that kept him alive while he flew the 25 minutes to Vancouver General Hospital was another superb link in that chain.

When he landed at VGH he was taken to a new state-of-the-art hybrid operating room made possible by an $8-million philanthropy campaign. In the hybrid room a team of trauma surgeons, led by Dr. Emilie Joos, and every available specialist at the hospital that afternoon worked to keep my stepson alive.

That chain of professionalism extended to the ICU doctors and the nurses who kept him safe those first tense nights and those who cared for him for five weeks in hospital.

My stepson’s case is a trauma team’s golden moment when it can be proud of what went right. While the case is already the talk of the medical community, this one’s for the record books and they plan to share his success story far and wide.

No words can express the thankfulness our family feels towards my stepson’s medical team that brought their “A” game every step of the way. It gives way to a confidence in our health care system we don't always have.

To say it’s been a difficult month is an understatement but our very large blended family came together when we needed each other the most, which was a lesson in humility and a testament to our love for one another.

Ingrid Abbott is a freelance writer and broadcaster who plans to turn up the music loud and celebrate being alive.