CBSA urging caution as Washington state closes in on the legal sale of marijuana
Jan 3, 2014 12:00 AM By: Jessica Kerr 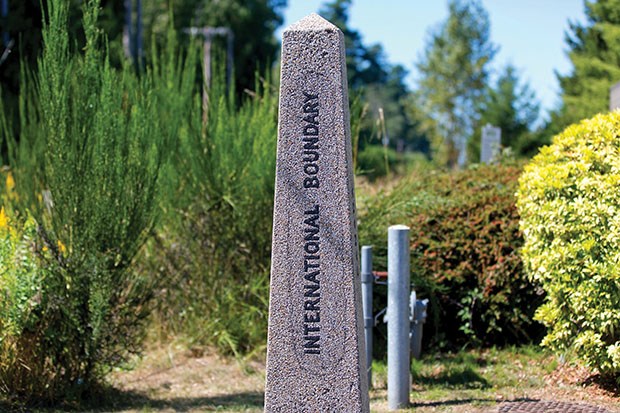 Canada Border Services is urging caution as Washington state gets closer to the legal sale of marijuana. One Point Roberts business has applied for a licence to sell pot.

With the deadline for a marijuana business licence in Washington state having closed just before Christmas, more than 400 business owners have applied to open retail pot shops around the state, including one in Point Roberts.

It still remains to be seen, however, how many applications will be approved.

Business owner Ingrid Johnson, who applied to open a location in Point Roberts, said she has heard the decision on retail outlets will take a number of months.

The month-long window to submit an application closed Dec. 20.

If Johnson's application is approved, she said, she would call her store The Herb Company. The location would only carry pot and pot paraphernalia, she said, and retailers will have to add a significant tax as outlined by regulators.

As well, there will be tight controls around advertising.

"The marketing is all controlled by the liquor control board," Johnson said. "They will tell us how we can advertise."

If an application is approved, she said, the retailer can only have a small sign and it must be at least 1,000 feet from a school or library.

"You don't want to promote the product to kids," Johnson said.

However, once the pot shops start popping up across Washington state it doesn't mean Canadians will be able to add marijuana to their regular shopping trips.

Canada Border Services Agency spokesperson Faith St. John said when it becomes legal to purchase and consume cannabis in the state, Canadians crossing the border will need to exercise caution.

"Anyone using marijuana legally in Washington state should ensure that they are not under the influence when driving across the border into Canada," she said.

"People should be aware that even if they have purchased marijuana legally in Washington state, it is still a crime to transport it across the border. The Canada Border Services Agency takes its border protection responsibilities very seriously, including the interdiction of illegal drugs."

Washington and Colorado became the first states to legalize marijuana back in November 2012 with votes held during the presidential election.