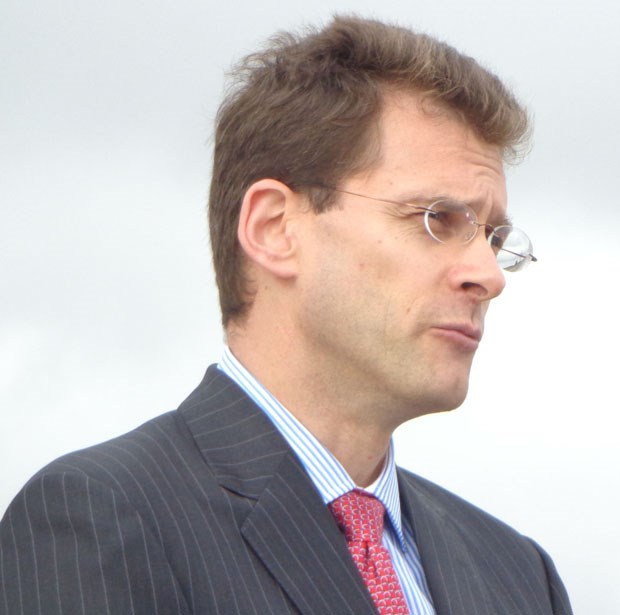 The port authority last week released its 2015 mid-year statistics which states total cargo was 70.3 million metric tonnes, an increase of 1.5 per cent over the same period in 2014.

Container units continued to increase, posting an eight per cent growth and the port notes steady growth is expected in containers for the west coast of Canada over the next decade and into the 2030s. The numbers in the latest report can be partially attributed to some diversion of containers from U.S. west coast ports earlier in the year due to a labour disruption, as well as lower numbers at Port Metro Vancouver in the first half of 2014 due to the 28-day trucking disruption. Lumber and specialty crop exports using containers are up 11 per cent and three per cent respectively, and import consumer products rose by 11 per cent, the port notes.

"The port continues to grow in response to increasing consumer and international demand," said Port Metro Vancouver (PMV) president and CEO Robin Silvester. "It remains critical that we continue working with government and other stakeholders to build related infrastructure and maintain the supply of available land to support trade and goods movement."

PMV's rosy forecasts continue as the application for a major container terminal expansion at Roberts Bank is now in the hands of the federal government.

On the port authority's website, Cliff Stewart, vice-president of infrastructure, notes that in the case of T2, they spent the past seven years assessing the best options for responding to growth in trade with Asia that uses containers.

Natural resources like forestry products and specialty grains are being shipped to Asia in containers and consumer and manufacturing goods are coming back. Independent forecasts show this trade is growing at a rate of about 4.5 per cent per year, he said.

"What we have learned is our existing container terminals, including planned expansions at Prince Rupert, are not enough to manage this growth.

Considering all options, our analysis shows a new, deep-water terminal next to another terminal at Roberts Bank, B.C. is the most viable option," Stewart said. "After four years of scientific research (documented in a 7,000-page environmental impact statement), we have concluded the effects of the project, following the implementation of mitigation, are not expected to significantly affect the environment."

Against Port Expansion argues it's "becoming increasingly evident that the expansion of Port Metro Vancouver's container business is mostly coming from the movement of US containers - both inbound and out bound. Without this U.S. traffic Port Metro Vancouver simply cannot justify building a second container terminal on Roberts Bank."

As far opponents attacking PMV's business case and forecasts, Silvester told the Optimist it's interesting they're trying to attack the business case for expansion, noting they can see that it would be tough arguing environmental issues.

"This time, when we have all the environmental data, which we're very proud of and our team has done a huge amount of work, now they're complaining about the business case. That in itself is very interesting," Silvester said.

"When you look at the business case, what we're seeing here is above-trend growth on the container side... the underlying

Canadian growth is above the four per cent we're looking at. So, from our point of view, what we're seeing is everything that we have been forecasting for the last five years, a steady growth in container trade and we're also seeing strength in the Canadian exports and we are seeing, for sure, that we are a competitive gateway for U.S. business as well," he explained.

Silvester added U.S. business through the port in the first half of 2015 was about 25 per cent of overall volume, which was higher than normal and will likely come down somewhat, but a lot of that business will stay.

"What we're seeing and hearing anecdotally is a lot of U.S. importers who came to Vancouver or Prince Rupert because of the disruptions in the U.S. discovered that the supply chain here is efficient, reliable and it works and cost effective, and we're hearing a number of them say that they're planning long-term to route a small proportion of their cargo through Vancouver because it gives them that option," he said.