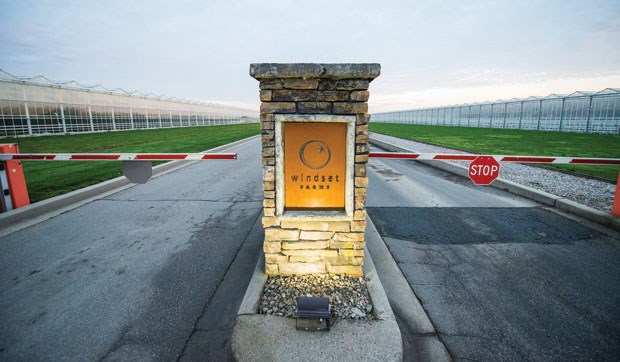 Pressure washing at one of the greenhouses caused a carbon monoxide scare at Windset Farms Saturday.Adrian MacNair

What could have been a tragic day turned out to be a positive outcome thanks to quick action by first responders during Saturday’s carbon monoxide scare at Ladner’s Windset Farms.

Delta firefighters along with BC Emergency Health Services (BCEHS) worked together to assess the situation and triage patients.

BCEHS executive vice president Linda Lupini said the initial call, just before 3 p.m., led paramedics to believe the farm workers pressure washing inside a greenhouse had been exposed due to the cleaning fluid they were using.

“Many people reported symptoms of burning eyes, skin, they were nauseous and dizzy, but they didn’t know themselves that they had been exposed to carbon monoxide,” she said. “Our dispatchers have a list of symptoms that they were checking off and coordinating that with our paramedics. We soon were able to determine that it was, in fact, exposure to carbon monoxide.”

Lupini said once the initial paramedics arrived on scene, they quickly executed protocols for a hazardous materials situation and a mass casualty event.

“All paramedics have carbon monoxide monitors on all medical kits. There were 10 workers that were experiencing more serve symptoms than others so they were quickly triaged and taken away by ambulance, so 10 (ambulances) were on scene very quickly and we had 13 on scene total.”

Those immediate care patients were taken to Delta Hospital, Richmond Hospital and Vancouver General, while 32 other patients, deemed to be of lower risk of exposure, were loaded up on a BC Transit bus along with several firefighters and a paramedic.

Delta’s deputy fire Chief Guy McKintuck praised the efforts of the 16 firefighters who were on scene.

“It was a serious call, but we worked quickly and very well with BCEHS,” said McKintuck.

“Luckily all people involved will make a full recovery.”