Red onions imported from the U.S. are likely behind an ongoing salmonella outbreak in B.C. and four other provinces, according to the Public Health Agency of Canada (PHAC).
Aug 1, 2020 12:40 PM By: Kirsten Clarke 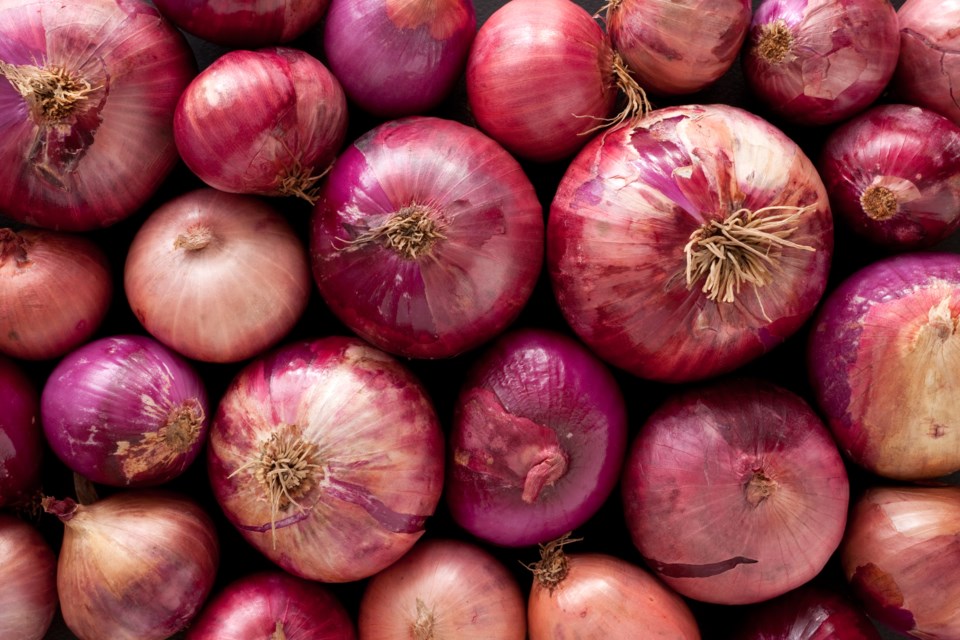 Red onions imported to Canada from the U.S. have been linked to an outbreak of salmonella in B.C. and four other provinces.Getty Images

Red onions imported from the U.S. are likely behind an ongoing salmonella outbreak in B.C. and four other provinces, according to the Public Health Agency of Canada (PHAC).

“Investigators have determined that red onions imported from the United States are a likely source of the outbreak,” reads PHAC’s public health notice about the outbreak.

However, more information is needed “to determine the cause of the contamination in red onions imported from the U.S,” according to the agency.

Red onions grown in Canada are not associated with the outbreak.

In total, as of July 30, 114 people in B.C., Alberta, Manitoba, Ontario and P.E.I have been affected by the Salmonella Newport outbreak.

In B.C., there have been 43 confirmed cases of the illness.

PHAC says that people in those provinces should avoid eating red onions imported to Canada from the U.S., and retailers and restaurants should not use, sell or serve the imported onions, until more is known about the outbreak.

The warning also applies to any food products that contain raw red onions imported from the U.S.

People who have red onions at home, or are buying them at a store, should look for a label – which may be printed on the package or on a sticker – showing where they were grown. If the packaging or sticker shows the onions are from the U.S., throw them away or don’t buy them, and wash your hands, according to the health agency.

If the red onion doesn’t have a label, it should also be thrown out. PHAC also advises people to clean and sanitize their fridge, shelves or any surface that came in contact with the red onion.

Meanwhile, Sysco is recalling red onions imported from the U.S. due to possible salmonella contamination.

“(CFIA) will continue its investigation into other possible importers and additional recalls may follow.”

The following products have been sold in B.C., Alberta, Manitoba, Saskatchewan and North Western Ontario:

The BC Centre for Disease Control (BCCDC) says that salmonella infection causes symptoms including diarrhea, fever and abdominal cramps that develop six to 72 hours after exposure, and usually lasts four to seven days.

Most people recover without treatment, according to the agency, however, children younger than five and adults over 65, as well as those with weakened immune systems, are more likely to have a severe illness.

The BCCDC says that anyone experiencing symptoms should contact their health care provider.

Salmonella bacteria are found naturally in the intestines of animals, reptiles and birds, according to PHAC, and are most often transmitted to people when they eat contaminated foods.

Typically, those contaminated foods come from animals sources such as poultry, beef, milk or eggs, however, they can also include fruits, vegetables and herbs.