It would result in numerous negative impacts.

That’s the conclusion of a federal independent review panel’s final report that’s just been made public on the proposed Terminal 2 application, a massive project that would result in a new container facility constructed at Roberts Bank.

The panel’s report notes construction and operation of the proposed project do not pose major technical challenges, and the project would enable an increase in container terminal capacity on Canada’s west coast while also resulting in increased employment and business opportunities.

However, it also doesn’t paint a very promising picture when it comes to the adverse residual and cumulative effects

Among the findings, the report notes the proposed offsetting plan for aquatic species, totaling 29 hectares, would be insufficient to compensate for the reduction in productivity associated with a project-induced habitat loss of 177 hectares of Roberts Bank.

“There would be significant adverse and cumulative effects on wetlands and wetland functions at Roberts Bank. One of the ecosystem components that drives the high productivity of Roberts Bank is biofilm, which is consumed by western sandpipers and other shorebirds during their migration stopovers. The Panel concludes that the Project would not have an adverse effect on biofilm productivity and diatom composition,” the report also explains.

“However, the Panel cannot conclude with certainty about Project effects on polyunsaturated fatty acid production in biofilm, a potentially critical nutritional component for western sandpiper. Due to the recent and still-emerging scientific understanding of biofilm, the Panel is unable to conclude with reasonable confidence that the Project would or would not have a residual adverse effect on western sandpiper.”

The report also notes barn owls, a species listed as threatened under the Species at Risk Act, would be subject to significant cumulative effects, while there would also be significant adverse and cumulative effects on Dungeness crab as well as ocean-type juvenile Chinook salmon originating from the Lower Fraser and South Thompson rivers.

The panel also concluded that the project would likely result in significant adverse and cumulative effects on the current use of lands and resources for traditional purposes by Tsawwassen First Nation and Musqueam Indian Band in the project area, while there would be effects on the quality of life of local populations, including human health.

The project would also result in a significant adverse cumulative health effects due to noise, while elements of stress and annoyance related to light, noise and dust are already present in the project area, according to the report, which also has a number of recommendations but does not go so far as to recommend the project proceed or not proceed. 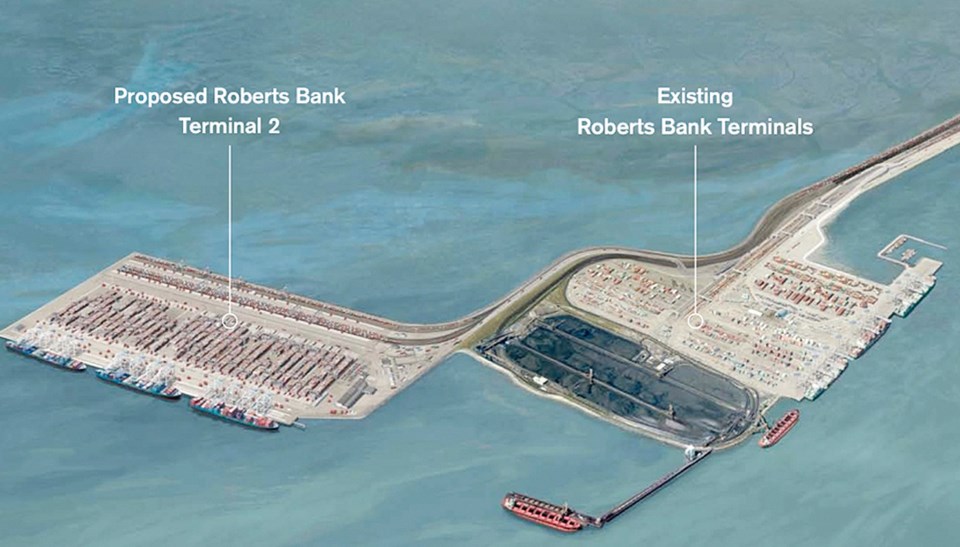 The Vancouver Fraser Port Authority says it’s needed to handle an expected increase in container shipments on Canada’s west coast, while opponents argue it would create irreversible damage to the environment including to globally significant migratory bird feeding grounds.

The port says that since 2011 it has been conducting field studies at Roberts Bank and the surrounding areas that build on previous scientific work as well as address existing information gaps.

The panel’s report has been submitted to Environment Minister Jonathan Wilkinson.

The port authority with a consultant last week provided a technical briefing for media, saying the post-panel phase will take five months.

The Impact Assessment Agency of Canada, a division of Environment and Climate Change Canada, will review the report and attach potential conditions of approval, the port notes.

The public during the process would get a chance to comment on those conditions. 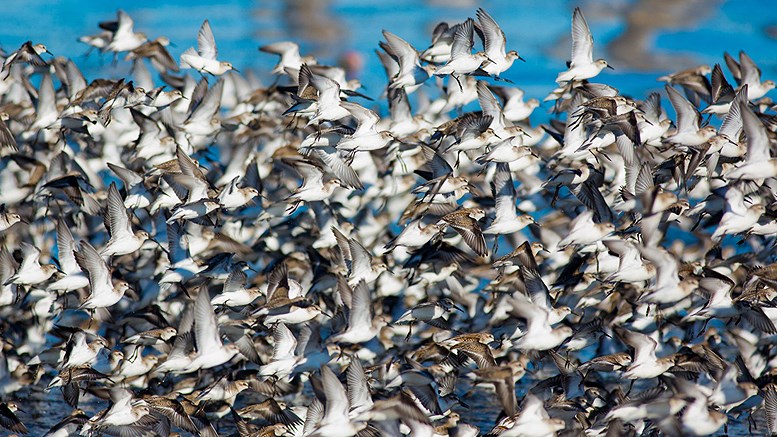 APE says the report shows it is very clear T2 will result in significant adverse environmental impacts that cannot be mitigated and, furthermore, the effects that the project will likely cause cannot be justified

The group Against Port Expansion says new independent peer-reviewed science, which wasn’t seen by the panel, validates what Environment Canada has been saying in that T2 will result in significant effects that will be immediate, continuous and cannot be mitigated.

The Wilderness Committee and other environmental organizations, represented by Ecojustice, participated in the environmental assessment, also argued against the project because it would result in significant effects on salmon and southern resident killer whales.

“There is no way the Port of Vancouver can successfully mitigate all of the environmental impacts of the project. It’s a colossal disaster of a project and the federal cabinet must choose wildlife, First Nations' rights and title and public health and reject this project,” said the Wilderness Committee’s Charlotte Dawe in a news release Monday.

Opponent Otto Langer, a former senior biologist with Fisheries and Oceans Canada, in a letter to the Optimist Monday said that at first glance the panel’s report is disappointing.

“If this project goes ahead with the offsets as suggested, the remaining estuary has little chance to survive. Next - Why not a fourth runway across Sturgeon Banks?  This CEAA approval to RBT2 is a rusty spike into the survival of what is remaining of Roberts Bank and its globally significant biology,” said Langer.

The Port of Vancouver says it’s reviewing the report and can’t comment yet.

Meanwhile, Global Container Terminals, the current operator of the container port, has also been lobbying against T2, pitching instead a new fourth berth to connect to the existing facility.