Rings traced back to ancient Egypt

Couples adhere to many traditions on their wedding days, including the exchange of wedding rings. Wedding rings symbolize the union of two people and their pledge to remain faithful to each other.
Mar 23, 2016 12:00 AM By: Delta Optimist 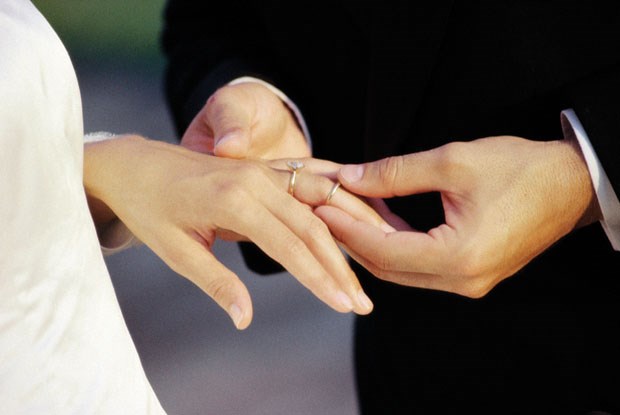 Gold is still the most popular choice for wedding rings, but other metals are making inroads.

Couples adhere to many traditions on their wedding days, including the exchange of wedding rings. Wedding rings symbolize the union of two people and their pledge to remain faithful to each other.

No one is exactly sure just when the tradition of exchanging wedding rings originated, but some say it can be traced back to ancient Egypt, when the oldest recorded exchange of wedding rings was made.

Reeds growing along the Nile were twisted and braided into rings and given during betrothal ceremonies. The round ring symbolized eternity, and the hole within the centre meant a gateway to things unknown.

Since reeds were not very durable, soon ivory, leather and bone were used to create wedding rings.

As new lands were explored and territories expanded, traditions from one culture were adopted and modified by other cultures. The same is true with wedding rings.

According to the Diamond Source, wedding rings were adopted by Romans and incorporated into Western wedding ceremonies. Romans' rings were highly decorated, and some historians believe wedding rings were given to represent ownership over brides instead of symbolizing love.

Rings have been simplified since those days and ultimately made of many materials.

Throughout history, wedding rings were worn on various fingers and even both hands, whereas many married people in Western cultures now wear their wedding rings on the left hand and on the fourth finger.

Romans once believed this finger contained a vein, called the "Vena Amoris," that ran directly to the heart. Though that is not true, the tradition has prevailed.

Other legends say that, when blessing a Christian marriage, priests would bind the marriage by saying, "In the name of the Father, the Son, and the Holy Spirit," simultaneously touching the ring to the recipient's thumb, index finger and middle finger, before slipping it on the fourth finger while saying, "Amen."

Another theory on ring placement is that wedding rings are worn on the ring finger because that finger isn't used as much as the rest of the hand, ensuring delicate ring materials won't be damaged.

Ross Simmons Jewelry states that gold is still the most popular metal choice for wedding rings, but couples are opting for some other metals that are more durable.

Platinum is popular not only because it is longwearing, but it also tends to be the most expensive. It's also a dense metal and can feel heavy in hand.

Tungsten carbide is another durable metal that has grown in popularity in recent years. These rings cannot be cut and resoldered, which means it's important to size the rings correctly the first time.

Titanium is both lightweight and durable, and it's popular because it is hypo-allergenic, making it practical for those with allergies to other metals.