In an update issued by DPD Wednesday morning, the student who was injured and taken to hospital has now been released to the care of their family
Jan 20, 2021 11:48 AM By: Ian Jacques 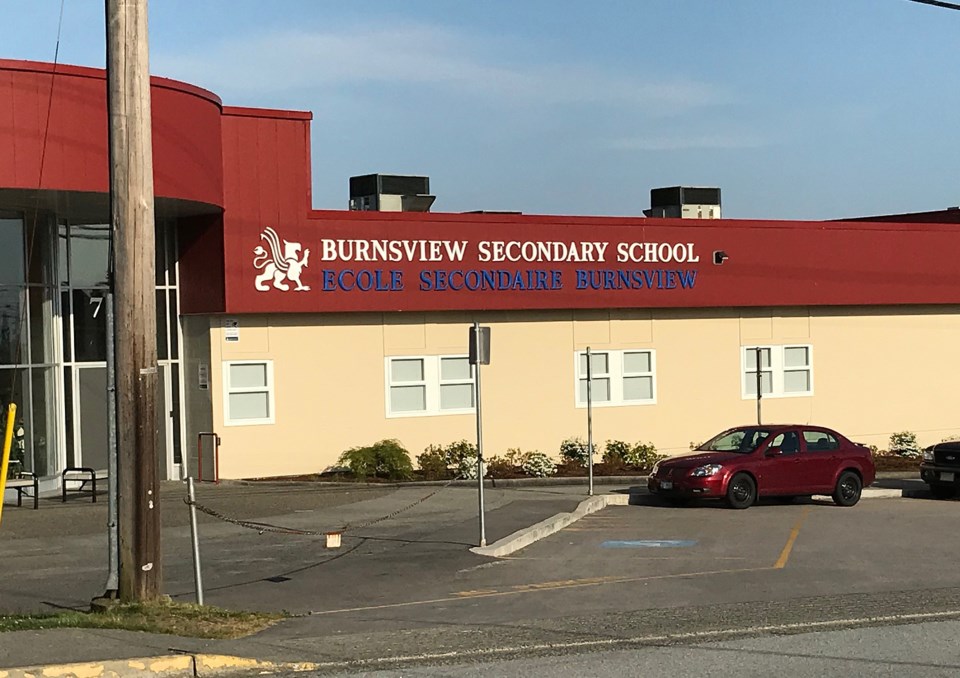 Delta police have confirmed that one youth was stabbed during an altercation between two students outside North Delta’s Burnsview Secondary Tuesday afternoon.Sandor Gyarmati/Delta Optimist

Delta police have confirmed that one youth was stabbed during an altercation between two students outside North Delta’s Burnsview Secondary Tuesday afternoon.

In an update issued by DPD Wednesday morning, the student who was injured and taken to hospital has now been released to the care of their family.

DPD confirmed that during the course of their investigation, officers recovered a weapon – a knife – which is believed to have been used in the assault, and can confirm the victim was stabbed. Both the victim and suspect are youths who attend the school and are under the age of 18.

DPD say the suspect was arrested Tuesday and has been released to the custody of their family, under a number of conditions, which include not attending Burnsview Secondary.

The suspect is not known to police, and this matter is not believed to be linked to any gang violence, say police.

“This appears to be a conflict between two students that unfortunately escalated to violence,” said DPD spokesperson Cris Leykauf. “Police are taking this incident extremely seriously, and remain very committed to working with the Delta School District on school safety.”

Leykauf said the DPD has an active School Liaison Officer program, where officers present on age-appropriate topics throughout elementary and high school, help forming relationships at the school level, up to the Student Police Academy at the Grade 12 level. She says the DPD also has a highly committed youth team, which works daily with high risk or at-risk youths, running programs such as Yo-Bro, Yo-Girl, and regularly refers youth to counselling and other assistance programs.

“As both the victim and suspect are youths under the age of 18, police will not be releasing any other information in order to protect the privacy of both individuals, and out of consideration for their young age,” said Leykauf. “It is requested that those discussing the incident on social media please refrain from releasing any information, which could identify either youth, and potentially inflame the matter.”