Tsawwassen cyclist off to France for 1,200-kilometre ride 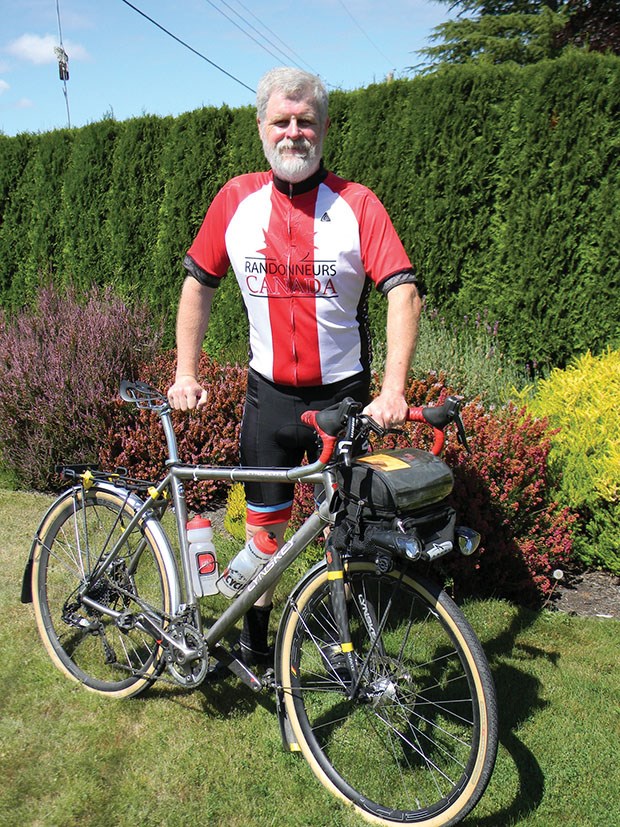 A Tsawwassen man is flying all the way to Europe to take part in an epic longdistance cycling event that tests riders' endurance and determination.

Ron Stewart is on his way to France today to get ready to take part in Paris-Brest-Paris. It's not a race, he stresses, but a non-competitive, time-limited ride through western France.

The ride covers 1,230 kilometres and must be completed in 90 hours or less.

Paris-Brest-Paris is a randonneur cycling event. Randonneur is a form of long-distance cycling where riders attempt a course that is a least 200 kilometres, passing through pre-determined checkpoints along the way.

Stewart said he's hoping to finish the ride in 88 hours, but will be ecstatic if he does it in 90.

He took up cycling in 2012 after a friend encouraged him to start exercising.

A random Google search on hub generators led him to the B.C. Randonneurs' Club and he started riding longer distances.

His first official event was a 200-kilometre ride three years ago.

"It was the hardest thing I've ever done," Stewart said.

Since then, the 52-year-old has conquered other distances. To date, his longest ride is 600 kilometres, which he has completed in 39 and 40 hours. He said he was drawn to the sport because of its inclusiveness.

"The club welcomes people of radically different skills," he said. "It's up to the rider to decide what's success and what's failure... It really is a sport anyone can pick up."

Paris-Brest-Paris starts this Sunday. The approximately 6,000 participants will take off in waves of 300. Stewart, who describes himself as unathletic and overweight, said his ride will begin at 5:45 p.m. on Sunday and he will need to complete the course by 11:45 a.m. on Thursday.

Riders are not allowed to have any support throughout the ride outside of the 12 checkpoints that are spaced out along the route.