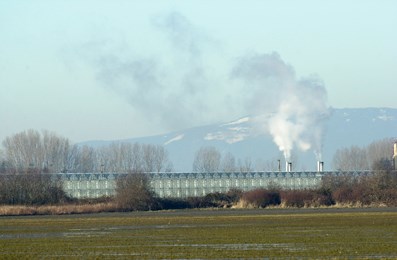 More than 40 people were taken to hospitals throughout the Lower Mainland Saturday night after being exposed to carbon monoxide at Windset Farms in Delta. WorkSafe BC is investigating the incident to determine the exact cause.

All workers are safe after a carbon monoxide scare at Ladner’s Windset Farms Saturday afternoon. But co-owner John Newell said the past 24 hours have been very scary for the workers and the farm staff.

“We have never had to go through anything like this. It’s scary,” Newell told the Optimist Sunday night. “If it’s one person or 40 people it’s scary enough with carbon monoxide. It is something we never want to repeat. We are going to make sure we put all the checks and balances in place so this never happens again.”

The incident started Saturday afternoon when workers were pressure washing and cleaning one of the greenhouses, which according to Newell is a regular occurrence at this time of year as the farm gets prepared for the next growing season.

“At one point a few of our workers were feeling dizzy and notified their supervisors and lead hands in the greenhouse who were supervising the work,” he said. “That was elevated to our health and safety officer on site who sounded the alarm bells with senior management and called 911 right away.”

The incident was a large scale operation in which Delta police, Delta fire and 13 ambulances responded along with WorkSafe BC who assumed investigation of the scene.

In all 42 people were taken to various hospitals throughout the Lower Mainland for treatment/observation. Six people had some type of exposure after being tested in hospital.

“The reason why the scale of the incident was so large with 42 people taken away is because our protocols on site dictate if there was any possible chance of exposure and if there were 42 people in the greenhouse, maybe not all pressure washing or near the pressure washers, but all of them working, we want to make sure everyone is okay and triaged,” Newell said.

All of the workers with the exception of two, were back on the farm or at home by around 8:30 p.m. Saturday night. Two remained in hospital for some more observations and were brought home by a facilities operator around 1:30 a.m., Newell said.

WorkSafe BC was on site all day Sunday and will be continuing their investigation Monday.

“It looks like it was some kind of venting issue, but we don’t know where the vents were set at. That was being investigated today [Sunday] and tomorrow [Monday],” Newell added.
All of the workers, who are seasonal workers from Guatemala and Mexico, and live on the farm, have been cleared to return to work.

Newell said the farm is fully operational with the exception of the one greenhouse in question.

“That will be looked at further by WorkSafe and our folks will be helping them do that. They [WorkSafe] believe they can wrap up the investigation Monday. We are hoping we can get back in there and continue the cleaning process.”
Newell said they will have an occupational specialist come in and help with the monitoring to ensure all their operating procedures are properly in place.

More than 40 people have been hospitalized Saturday night after suffering apparent carbon monoxide exposure at a Delta farm.

WorkSafe BC was called by Delta Police late Saturday afternoon after they were notified of an incident at Windset Farms on 41 B St.

According to various media reports, a number of people became ill while they were pressure washing inside a nursery.

WorkSafe BC media spokesperson Trish Knight Chernecki said officials were called to the scene and were working with Windset Farms to determine the exact cause of the exposure.

“The investigation is very preliminary at this point,” Chernecki told the Optimist when contacted Saturday evening.

According to posts on its Twitter feed, BC Emergency Health Services said the incident prompted a major emergency response.

BCEHS said 13 ambulances responded and 42 people were transported to various hospitals throughout the Lower Mainland.

In an update posted just after 7 p.m., BCEHS said 32 of those patients were in stable condition and 10 in serious to critical condition.

The Delta Optimist is following this breaking news story and will provide updates as they become available.