Fire chief in regular contact with Whatcom County health officials to get COVID-19 vaccine to isolated US community
Jan 14, 2021 7:00 AM By: Mark Booth 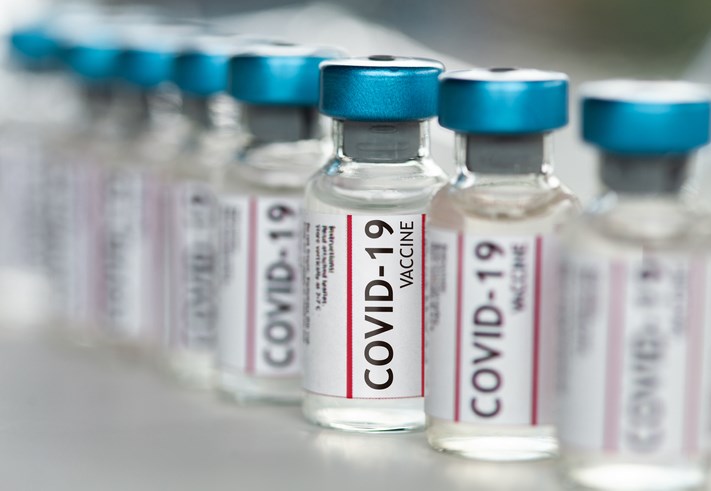 The vaccine rollout in Point Roberts could determine how quickly the Boundary Bay border crossing re-opens. It has been closed since last March. Getty Images

It is 850 tests and counting without a single positive COVID-19 case and now the Point Roberts fire Chief is turning his attention to a vaccination plan that could accelerate the border opening for the isolated U.S. community.

Christopher Carleton figures it would take about 1,000 doses to have his community vaccinated and he is regularly emailing health officials in Whatcom County to get idea of when the shots could be available. Washington State’s prioritization vaccination plan features various phases, however, Point Roberts’ unique situation could speed up that process.

“Obviously not everyone is wanting to get vaccinated at this point. I would say it would be 300-to-500 of our current population, which is around 700-to-800 people then needing the shot twice,” explained Carleton, who is already vaccinated himself as an emergency responder. “We could use the fire hall since the health clinic is here and use the same format as the COVID testing which we have had in place since April.

“I would hope there would be some urgency because we have done so well during the pandemic, but I actually think it’s a double edge sword. There might be a certain view that we are not needing it as much as other locations that do have outbreaks of COVID within their community.”

Carleton said economic hardship has to be a factor.

Many Point Roberts businesses have suffered greatly since the border was closed to Canadians for non-essential travel back in March. He stresses his hometown cannot go through another summer without the border re-opened to some extent that would allow Lower Mainland residents to come down to their vacation homes and stimulate the economy.

“Our community has been decimated. I don’t want to take away from other locations but our geographical oddity is a great challenge and it needs to be explained specifically so people get it,” he said. “Our relationship with Canada is of great importance to this community and we need something to change in the coming months. I don’t see my businesses being able to survive at the capacity they are currently open if we go through another summer without the borders open. Other border communities that rely on Canadians can still draw from everywhere in Washington State. We can’t do that.”

A free twice-a-week foot ferry service to Bellingham was launched back in August, which Carleton estimates 15-to-20 percent of the community uses regularly. Its limitations include having to arrange transportation once at the Port of Bellingham. He even suggests the ferry might have lessened the urgency to re-open the border.

“I think when it first started there was a level of excitement, but it’s not really a practical solution for the majority of my community,” he said. “Once you get there you need to spend money on a taxi or Uber. You can’t go to a Costco. For those in my community in their upper years, they can’t walk for miles.”

That’s why Carleton will continue his push to see everyone in Point Roberts vaccinated sooner than later and the town returning to some level of normalcy.

“I’m sending off e-mails regularly. My community deserves nothing less than other areas,” he added.