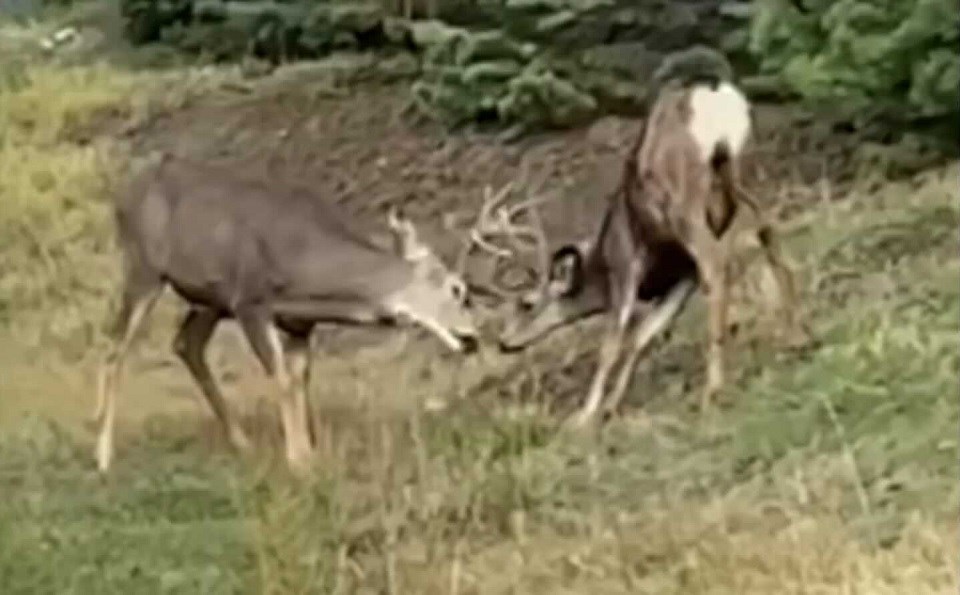 A pair of bucks butt heads with each other in Kelowna. (via Screenshot)

A B.C. woman got front row seats to a spectacle of nature on Wednesday afternoon.

Kelowna resident Tammy Hutton says she went out to get her mail when she heard something, causing her to look up and see two separate sets of bucks sparring.

“I looked up and it was actually the antlers cracking against each other, they were locking horns.”

Once she realized what she was witnessing, she rushed inside to grab her phone to capture the moment.

Hutton says the scene lasted over four minutes and the bucks only stopped because of another pair were battling a few houses down.

“They stop at the end [of the video] and they look over and that’s because, on the other driveway, I have a second video of the other two that were doing the same thing.”

Hutton says earlier this year, a deer and her three or four fawns were playing in her yard, but she’s never seen anything like this before in her more than 20 years of living at the home.

Deer can be extra feisty this time of year as breeding season, also known as "the rut" has begun.

According to WildsafeBC, breeding season is triggered by shorter days in the fall.