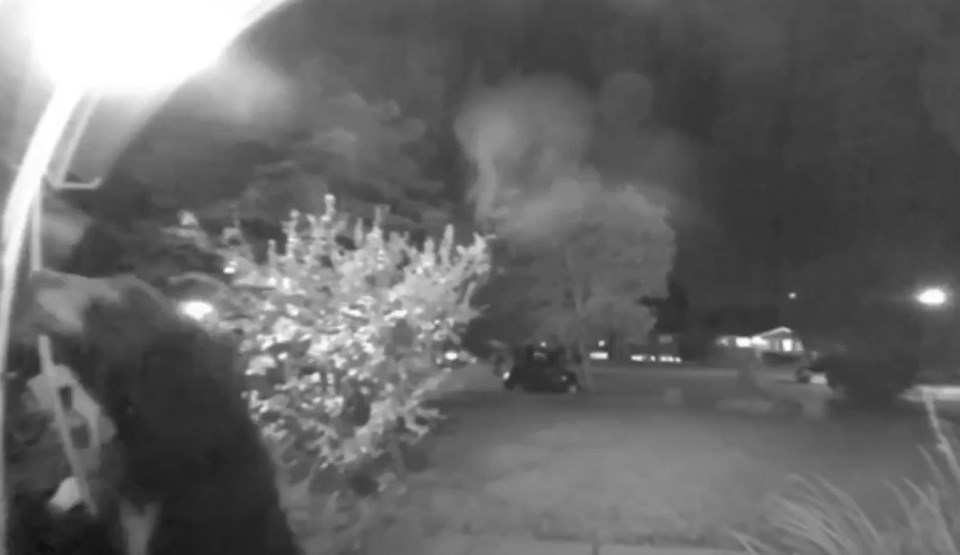 A bear is seen attempting to get into a Prince George home. (via Submitted)

A Prince George resident says she's had a bear show up at her home four nights in a row, perhaps wanting to say 'Hello.'

Lacey Bourgeois says her security cameras have caught the furry creature numerous times this week (Sept. 6 to 9) wandering around the VLA.

"This bear has returned four nights in a row, this video being the third night," she tells PrinceGeorgeMatters.

"Caught on my security and alerted I watch from the window as the bear knocked over my garbage can that had been lodged between my fence and van to prevent him from getting it again.

"When I saw him come out of my carport I was talking to him, telling him to leave my garbage alone."

Bourgeois says the bear looked at her, over the tree and then smacked its head trying to run up the tree.

"He then sauntered off into the neighbour's yard. But made an appearance again last night," she said.

Maybe he wanted to discuss their lord and saviour, Winnie the Pooh? 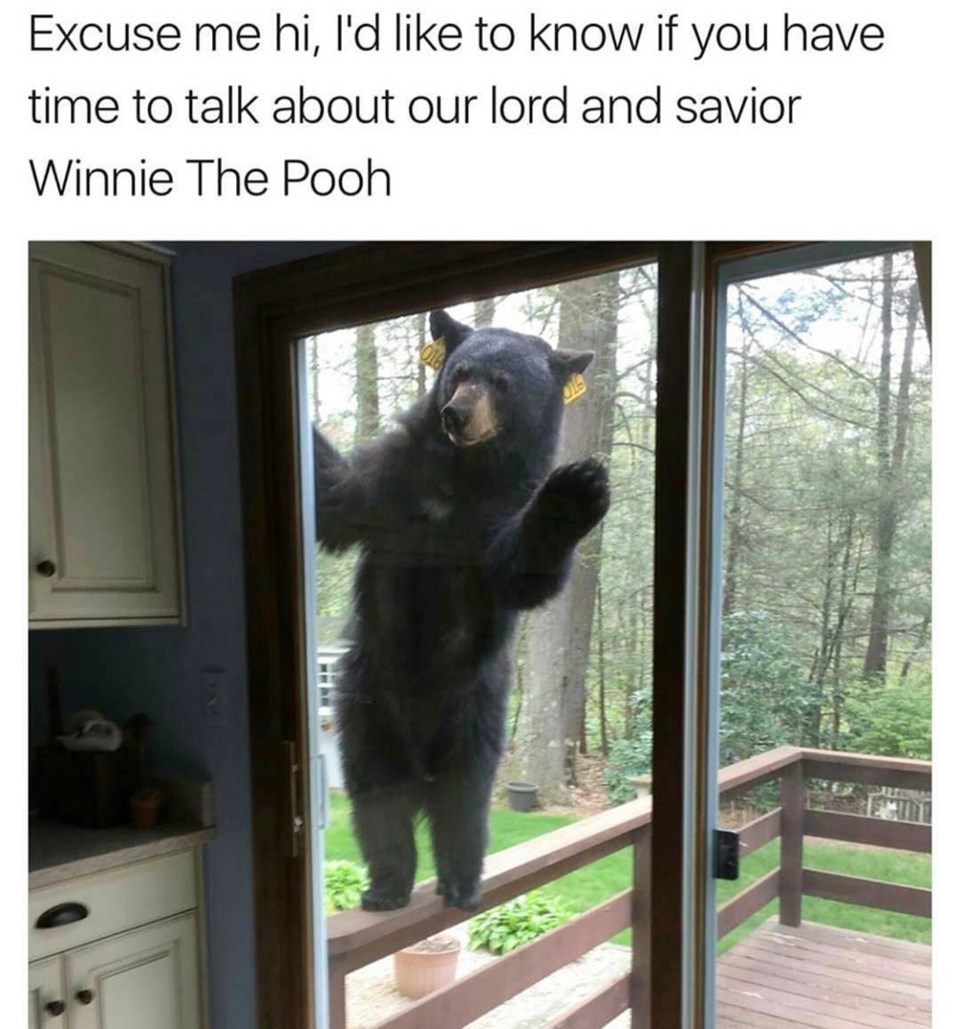 Person charged for throwing cereal box out of vehicle to feed bear in northern B.C.
Jul 24, 2020 11:35 AM
Comments