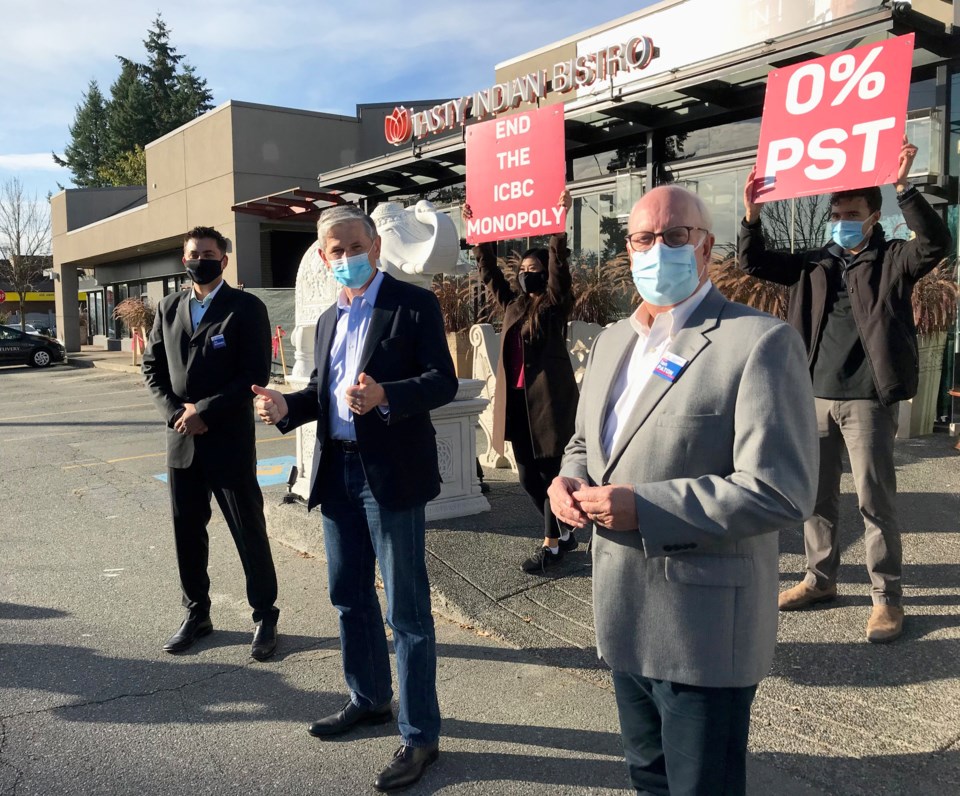 Reiterating most of his campaign’s recent promises and slamming NDP leader John Horgan for calling an unnecessary election, Wilkinson was joined by Delta South incumbent Ian Paton and Delta North Liberal hopeful Jet Sunner in the parking lot of the Tasty Indian Bistro on Scott Road in North Delta.

Asked how his party can win back the riding of Delta North, which has swung back and forth between the Liberals and New Democrats, Wilkinson vowed to reclaim the area, adding it has been largely neglected by the current government.

“Delta North will have a first-class candidate like Jet Sunner and, secondly, by providing real services to this community like the Massey Tunnel bridge replacement. The NDP cancelled that project and left people in North Delta sitting in traffic for hours and hours and hours every week," he said. "That’s not good enough. So, we will deliver a first-class candidate in Jet Sunner, we'll deliver the Massey Tunnel bridge replacement and we’ll deliver the supports for small business, so that Scott Road and every other part of Delta can be successful and survive the pandemic and live in a prosperous future right here in B.C."

Wilkinson said previously during the campaign that the Liberals would immediately build the 10-lane bridge project that was halted as soon as the NDP got into power, instead of the NDP’s current plan to build an eight-lane immersed tunnel.

It’s part of his party’s overall infrastructure plan, which includes an additional $8 billion in spending over the next three years, he said.

Saying the province needs a proper pandemic recovery plan, Wilkinson also reiterated that it's time to get rid of the PST for a year and reduce the rate afterward, as well as small business income taxes, and he went over other aspects of his platform including having $10-a-day daycare available for all families with an income under $65,000.

Noting tent cities are not a solution, especially for those with mental health issues, he also promised better housing and health care, as well as a Liberal government hiring more police officers.

Wilkinson didn’t hold back ripping into Horgan on various issues including his treatment of the Green Party, describing the premier’s “cold blooded political attitude” with the party that helped put him in power.

Delta North is currently held by the NDP’s Ravi Kahlon, who beat Liberal incumbent Scott Hamilton in the last election.

Election day is this Saturday.