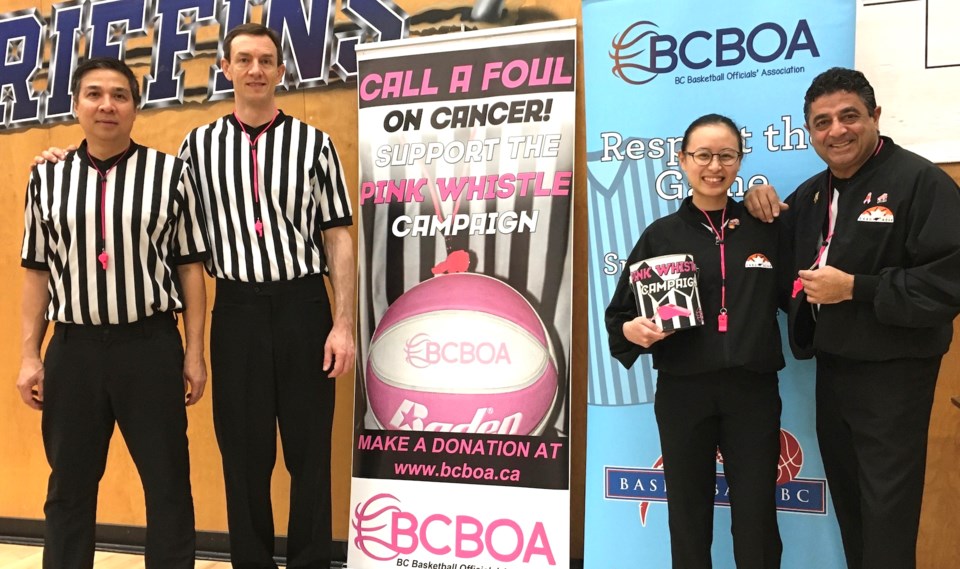 BC Basketball Officials Association's annual Pink Whistle campaign had its best year yet with over $22,000 raised for the BC Cancer Foundation.submitted

It was a record-setting year for the BC Basketball Officials Association’s Pink Whistle campaign.

The annual cancer awareness drive and fundraiser saw over 700 BCBOA members wear pink whistles and lanyards for much of the high school basketball playoffs.

The campaign concluded at the provincial championships held early this month at the Langley Events Centre with over $22,000 raised for the BC Cancer Foundation.

That brings the total to more than $82,000 since the project was launched 11 years ago.

According to BCBOA director of administration and Ladner resident Karn Dhillon it’s still not too late to donate to the cause by doing it online here.