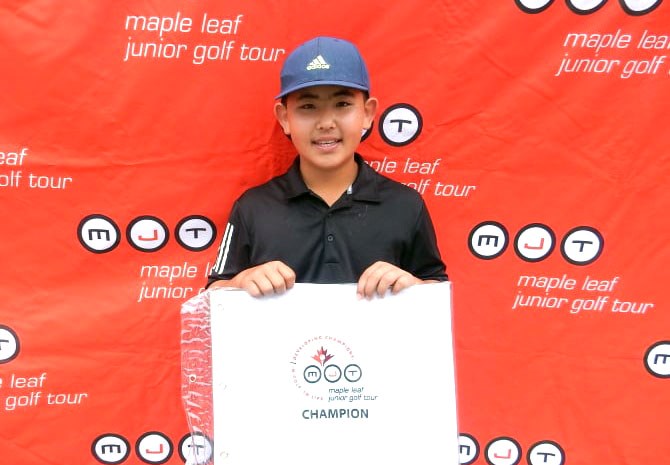 It’s a busy month of July for the Maple Leaf Junior Golf Tour’s B.C. swing and Alex Zhang is off to a terrific start.

The 2020 MJT Player of the Year made an eight on the fifth hole of his second round but responded by making three birdies in his next four holes.

“I feel good about winning this MJT tournament,” commented Zhang. “I stayed calm and patient and continued to play my game.”

An elite field of junior golfers from across the province competed for titles in six divisions, counting down the opportunities to gain valuable points on the MJT Order of Merit presented by RBC.

Other local results included Charlie Derrheim, 15, finishing fifth in the Juvenile Boys Division with rounds of 78-74. Derrheim was fresh off a third place finish at last week’s B.C. Junior Boys Championships at Morningstar in Parksville after firing a 72-hole total of 296 (73-75-75-73).