Delta sports teams hope game action is on the horizon

Organizations preparing for potential good news at the end of the month
Feb 10, 2021 7:00 AM By: Mark Booth 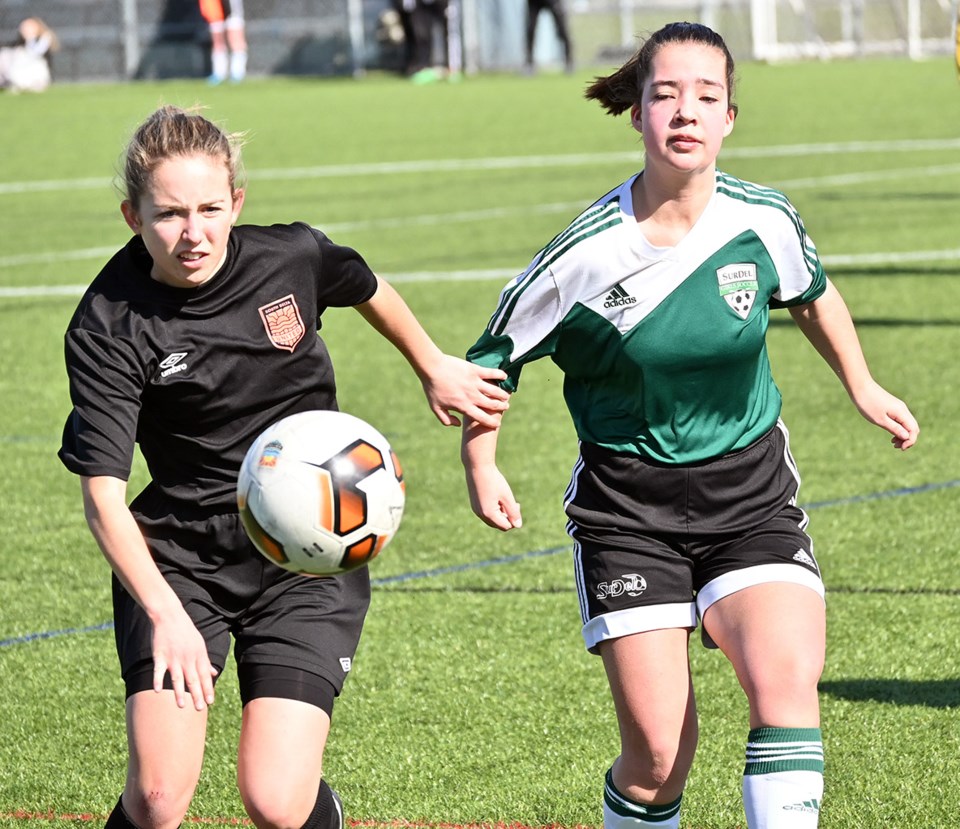 Youth soccer teams could be finishing their fall/winter season seeing game action again if current COVID-19 restrictions are loosened at the end of the month. Optimist file

Amateur sports organizations can at least see a ray of light at the end of the tunnel.

That seems to be the consensus following Provincial Health Officer Dr. Bonnie Henry extending the current COVID-19 restrictions on Friday but suggesting that could change at the end of this month if the daily cases continue to trend in the right directions. Teams have not been able to play any games since mid-November and training has also been limited to non-contact.

It means youth soccer may be in a position to end its fall/winter season with a flourish. South Delta United technical director and GM Mark Rogers suggests the current campaign could be extended into spring break if there is the ability to utilize enough fields.

“(Dr. Henry) has given us hope and I can at least now plan based on that,” said Rogers. “It’s a positive standpoint in that we have a date now. We’re looking at a way, if contact is allowed, to end the season on a bang. Having a tournament with our (micro age players) and just playing.

“We are looking at our options, including extending the season since there is no travel allowed during spring break but we don’t really have a say on that with Delta transferring (field use) to traditional spring sports.”

Rogers added the club will continue to offer its popular spring program on schedule and older teams have the option of entering the Cascadia Soccer League that runs until the end of June.

“All coaches have had to become quite creative and that’s been good for us,” he added. “You won’t see any long-term harm to the players (from not playing games). Everyone is in the same boat and they have had the opportunity to learn different things hopefully.”

“We have various scenarios in place for a safe Return to Play, however, all scenarios do require restrictions to be lifted by the PHO. The PJHL is in full support of the PHO and all collaborating partners involved in helping with our Return to Play,” said league commissioner Trevor Alto. “We will continue to plan to provide our players with a competitive game play environment once restrictions are lifted. I thank all our players and teams for their patience and support of each other during this process.”

Should the health restrictions be lifted in a few weeks, the league would likely resume cohort play for a month or so then move on to a potential 10-week playoff schedule that would see the season conclude sometime in June. That would mean most clubs would have to find ice time elsewhere with their home rinks converted over to dry floor use usually in early April.

“Right now we stay the course. We continue practicing and hope we can start having games at the end of the month or early next month,” said Ice Hawks owner and team president Eduard Epshtein. “I know we said the same thing last month but I think there is a lot of cautious positivity now that the current health measures are being effective.

“Obviously it’s being contained and managed well but the virus is around us and we all have to be careful. Our number one goal as a team is making sure no one gets sick on our team and our players are safe. We just need to make the best of the situation.”

The Ice Hawks were slated to host the Cyclone Taylor Cup in April until BC Hockey cancelled the provincial tournament last month. The hope is Delta will get to host the 2022 event instead.

Meanwhile, it has also been a dark school year in local gyms with BC School Sports officially cancelling championships for all winter sports.

Training within cohort groups has been permitted and programs have been up-and-running at local secondary schools.

BC School Sports said it is continuing to work with provincial ministries of health and education, as well as the BC Centre for Disease Control, to find an opportunity for some level of inter school competition in spring sports including girls soccer, rugby, track and field and ultimate. Those sports are staring at a second season of not being played.