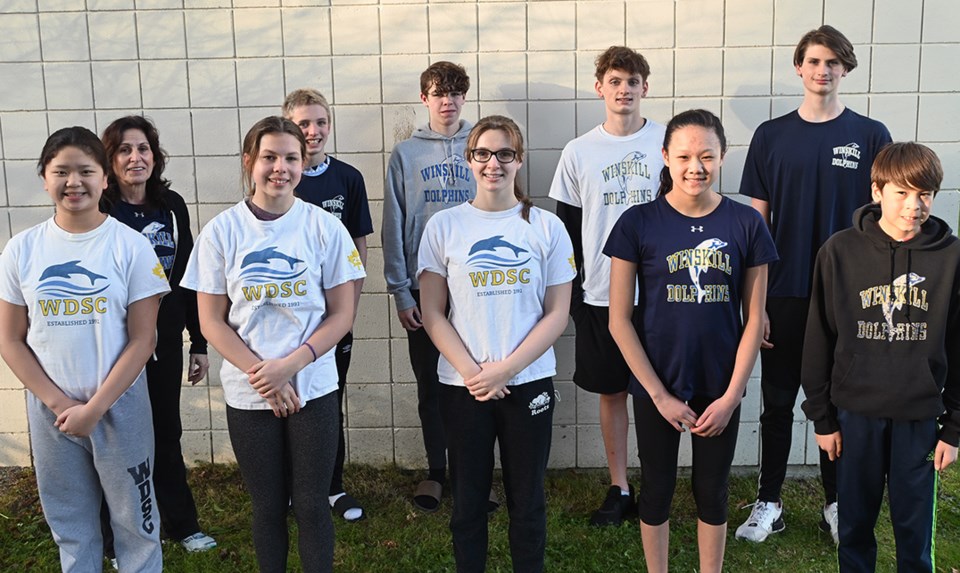 Hard work during the pandemic has paid off for the Winskill Dolphins Swim Club with a number of members recognized at the national and provincial levels, including the work of head coach Judy Baker.Mark Booth/Delta Optimist

It’s been over a year since they tested their progress in the same water against other top swimmers in the province, but that doesn’t mean the Winskill Dolphins aren’t making waves at the provincial and national levels.

The Tsawwassen-based club has been recognized by Swim BC and Swim Canada for its coaching and promising group of swimmers.

Heading the list is Calvin Slinn who has been invited to the Olympic Trials in May to compete in the 1,500 metre freestyle.

The 17-year-old continues a tradition of Winskill athletes being considered among the best in the country, including alumni Markus Thormeyer who has already been given pre-determined status to Canada’s team headed to Toyko this summer.

It’s an impressive list given the size of the club and how these swimmers have thrived in their limited “bubble” environment since the COVID pandemic struck a year ago.

“I can’t say enough about their motivation and fortitude because I would have been devastated by now with every dream and every milestone shattered,” said Dolphins head coach Judy Baker, a former world class swimmer and Canadian record holder. “You are 12 and it’s your last age group championship and you can set provincial records that could stand for quite a while because they are that good. Now they turn 13 and that milestone got missed.

“We are starting virtual meets through an honest system which will at least give them something to look forward to until hopefully by September.”

Baker is also among a select group of coaches invited to attend the Olympic Trials in Toronto. The 58-year-old NAIA Hall-of-Famer returned for her second stint as Dolphins head coach while continuing the same position she has held with the Winskill Otters Masters Swim Club.