Potential season would see regional play only with no tiering
Aug 19, 2020 3:00 PM By: Mark Booth 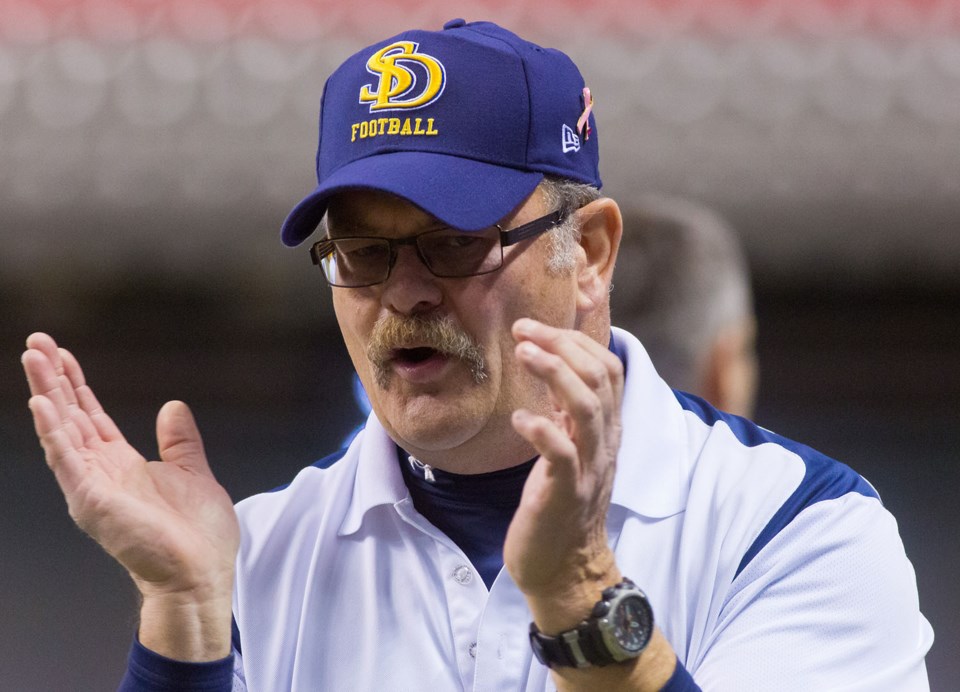 In football terms, the South Delta Sun Devils are in the shadows of their own goalposts and need to march about 90 yards to reach a potential 2020 season.

Typically, the end of August provides plenty of buzz for the long-running program with two-day workouts leading up to the start of classes and the B.C. High School Football season. Like almost every other sport, COVID-19 has the campaign in jeopardy with plenty needing to happen in the days ahead.

The BC Secondary Schools Football Association is doing its part.

Even though Provincial Health Officer Dr. Bonnie Henry has made it clear no provincial championships will take place for a very least the fall season, BCSSFA have improvised with a potential exhibition only schedule. The school sizes and tiers have been put aside to create regional play that wouldn’t start until the end of September.

The Sun Devils would be part of a Surrey-Delta Conference that would include only two other 3A programs, Seaquam and Lord Tweedsmuir. The rest are 2A and tier two. Right now, however, Sun Devils head coach Ray Moon would just be thrilled to even be on the practice field.

“We are just waiting for the greenlight. Right now nobody is even allowed to have throw arounds. Safety is first and foremost,” he said. For us to be able to play we have to have clearance from about nine different agencies or groups. That’s from the Provincial Health Officer right down to the parents.”

The safety measures needed to be implemented are plenty. Equipment adjustments include full shields on helmets. Coaches would have to wear masks at all times including practice and games. Safety zones would have be marked off on the sidelines with a safety officer in place to enforce potential infractions. The additional equipment costs would be absorbed by the programs.

“There’s lots of challenges. Sponsorships are non-existent, as are any fundraising opportunities,” continued Moon.

The Sun Devils have plenty of work ahead of them after losing a number of players to graduation and a significant turnover in their coaching staff too, including the departure of longtime coordinators Mark McDonald and Bruce McDonald. Jerry Mullis will take over the controls of the offence while the new additions include former UBC standout and CFL player Mike Emry. He was a member of the 1982 Vanier Cup champion Thunderbirds team and was a two-time winner of the country’s top defensive player.