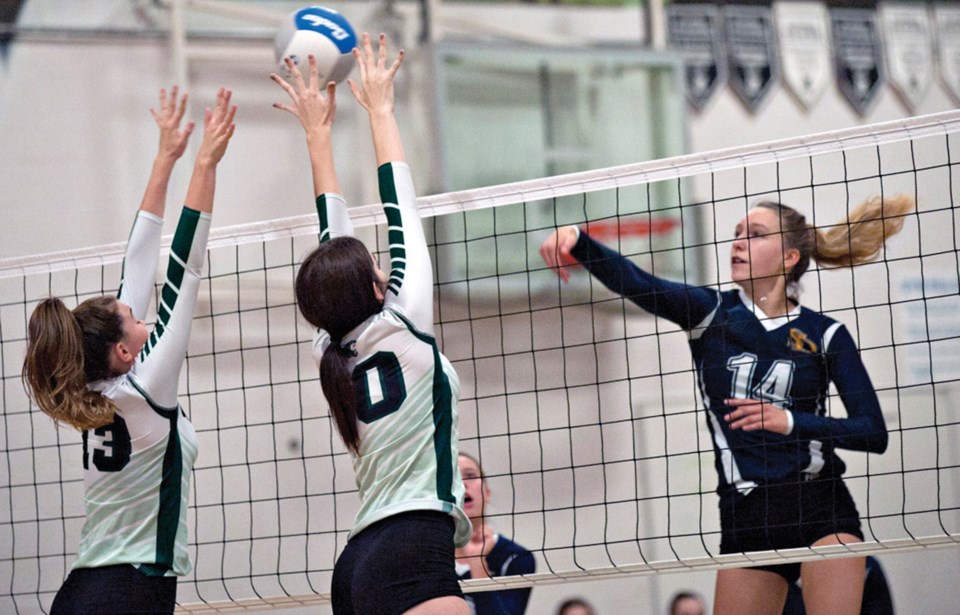 South Delta Sun Devils will be part of the new South Fraser Premier League with action starting next week.Mark Booth

The South Delta Sun Devils, Delta Pacers and Southpointe Titans rarely saw Richmond opponents despite being just a few kilometres and a congested tunnel away from each other. Now that’s about to change in a big way.

The Greater Vancouver area has expanded from two to four zones, including the new South Fraser Zone for Delta, Richmond and Surrey schools.

The old Fraser Valley Zone featured schools from Agassiz to Tsawwassen and had simply become too big with a dramatic shift in population to the eastern suburbs in the last 25 years. It is now divided in three.

“From the old Fraser Valley perspective this has been in discussion for about 10 years,” explained South Delta teacher/volunteer coach and B.C. School Sports first vice-president Brent Sweeney. “It took a change at the B.C. School Sports executive level to make it happen.

“Definitely not everyone was happy about it but they have also seen how things have developed since. They see the new structure in place and realize they are part of it now.”

Playoff trips to the Eastern Fraser Valley have long been routine for the local schools.

For the past two seasons, the SDSS senior boys rugby team has played Earl Marriott in the Fraser Valley final at Rotary Stadium in Abbotsford. That potential match-up again next spring would likely be played at South Surrey Athletic Park.

Those long treks even trickled down to the Grade 8 level when it came time for the Fraser Valley volleyball and basketball championships.

The new South Fraser post-season tournaments will mean no more than a 30-km trek to play games.

Just how much Richmond teams become part of regular season play remains to be seen.

It definitely will happen in field hockey with McMath (Steveston) being the only Richmond school to have a program. The Wildcats will be shifting their league play from Vancouver to the South Fraser Zone and should provide an excellent rivalry for the Sun Devils.

McMath also has a strong senior boys soccer team but is part of the all-Richmond League that plays almost exclusively out of Hugh Boyd and Minoru Parks. It also is one of just three AAA size schools in the city so a shift to a South Fraser League would provide far better competition.

“It comes down to convenience for them,” said Sweeney, who is once again overseeing the SDSS senior boys team with Stephen Burns. “When you look at the Richmond League for all sports, the farthest the teams have to travel is 13 km. But not being part of the district league makes it tricky when it comes to berths for the playoffs,” he said.

The new zone won’t have much of an impact on senior volleyball.

On the girls side, the 11-team Richmond league has no school large enough to play at the AAAA tier. Five play at AAA and six at AA.

It means the Sun Devils (AAAA) will still have Surrey powerhouses such as Earl Marriott and Tweedsmuir to deal with, along with city rival Seaquam in the South Fraser playoffs.

The Pacers (AAA) and Titans (A) may have a more favourable paths to provincials than the old Fraser Valley route.

In senior boys, Delta (AAA) will keep seeing their traditional rivals such as Earl Marriott, Fraser Heights and Seaquam. Some Richmond schools will be in the mix as well but again many don’t play in the largest tier.

“From a competition standpoint not a whole lot will change,” said Pacers senior boys head coach Andrew Robson. “With the addition of Richmond I don’t know if we will see a ton from them this year. They usually have one or two teams that are solid. Time will tell.”

“Because we are the biggest zone (thanks to Surrey) we will probably get four B.C. berths with a chance of five.”