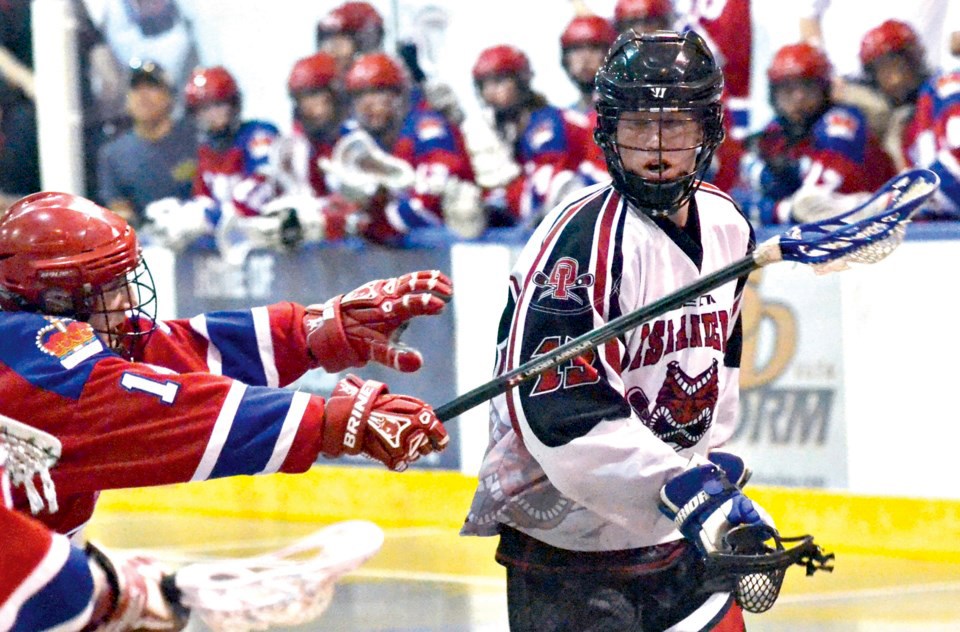 Haiden Dickson and the Delta Islanders travel to Burnaby on Friday night then host Victoria Sunday to open their BC Junior "A" Lacrosse League Summer Showcase schedule.Optimist file

Senior and junior box lacrosse games with spectators are set to return this weekend to the Ladner Leisure Centre for the first time in nearly two years.

The West Coast Senior Lacrosse League, B.C. Junior “A” Lacrosse League and B.C. Junior “B” Tier One Lacrosse League are launching shortened exhibition seasons. The schedules commence after COVID-19 provincial health restrictions were eased further on July 1, including spectators being allowed for indoor sports. The City of Delta has approved 50 percent capacity for the Ladner Leisure Centre.

The Islanders begin their eight-game BCJALL Summer Showcase schedule on Friday in Burnaby, then return home two days later to entertain the Victoria Shamrocks at 3 p.m.

The Junior B Tier 1 Islanders will also play eight games, including a July 14 home opener against Port Coquitlam at 8 p.m.

“We split our teams up last week and we are ready to go,” said Islanders governor/president Matt Hoegg. “We’re excited and everything is in place.”

Both junior leagues will be conducting playoffs that are expected to take place over the first couple of weeks of August.

The Ladner Pioneers will enter their campaign with roughly 35 players on their roster including a number of homegrown products that would typically be playing in the Western Lacrosse Association at this time of year. They include Logan Schuss, Eli McLaughlin, Evan Messenger and Jon Phillips.

Ladner will play a series of games against a pair of teams from the North Shore before the two clubs pare down their line-ups for two more games. They are expected to be joined by Langley, Royal City and Coquitlam for a wrap-up playoff tourney.