Lacrosse games could be returning to Ladner in July 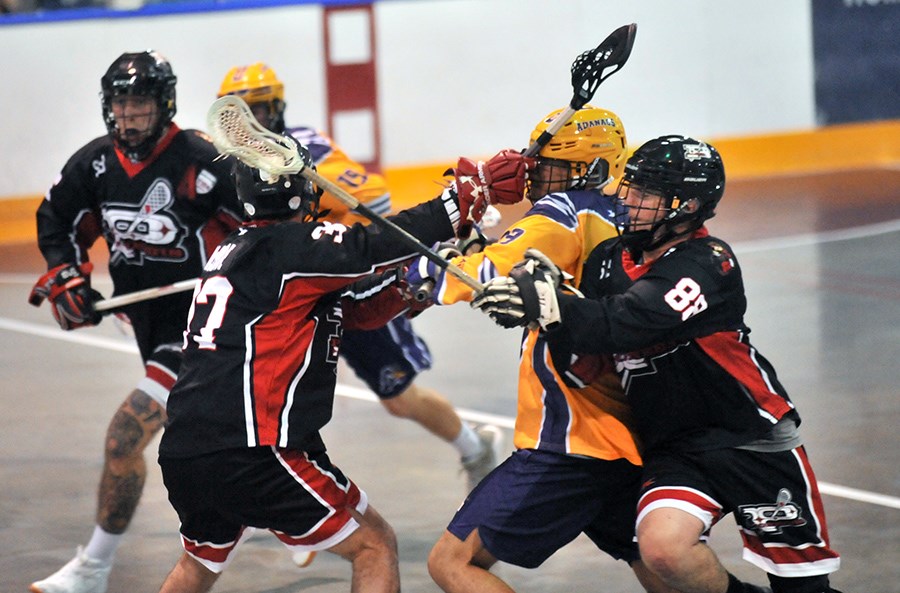 Lacrosse games are poised to return to the Ladner Leisure Centre (LLC) for the first time in nearly two years.

On Wednesday, the BC Junior “A” Lacrosse League announced its intention to play an abbreviated season and potentially playoffs as well, starting in July. That’s when, according to VIA Sport’s Return to Sport Restart 2.0 plan, a limited number of spectators will be allowed to attend indoor games.

There are still plenty of hurdles to clear, including the continuing decline of COVID-19 cases and what the City of Delta will allow in its arenas with less provincial health restrictions moving forward.

The Delta Islanders haven’t played a league game since July 2019 as the pandemic completely wiped out the 2020 season. League governors met earlier this week and all agreed everything has to be done to play games again.

“We want to have games and we want to have a season. If we shut it down (again), the feeling is some guys won’t come back and that’s not just the players...that’s volunteers, that’s sponsors, that’s everything. We are pushing ahead the best we can. Our plan is to play and we are confident we can,” said Islanders team president Matt Hoegg.

“We are really pleased with the ViaSport announcements and the provincial health order changes. Fingers crossed that all stays on track. The last hurdle is definitely the municipalities, not just for us, but other member clubs as well. We have to make sure we can play in the buildings.”

The Islanders have been training on a weekly basis at the LLC in separate cohort groups that also includes potential players from the Junior “B” Tier One team. That league also hopes to have a similar season.

Hoegg added the Islanders intend to play home games in their regular Saturday night slot and would move to North Delta’s Sungod Arena to finish their schedule when ice installation begins at the LLC.

“The idea is to keep it as close to looking like a typical regular season as possible,” he said. “Teams are really working together. We will play in the building with the biggest capacity and longest time without ice if we have to.”

The West Coast Senior Lacrosse Association also has intentions of playing this summer.

The Ladner Pioneers are among four Lower Mainland teams committed to play a 12-game league schedule and a weekend wrap-up playoff tournament sometime in August.

The Pioneers have been holding workouts at the Ladner Outdoor Box with access to the LLC expected to come starting June 15 when adult teams are expected to be allowed back into the arenas.

GM and head coach Ross Frehlick is hoping some of the City of Delta’s arena safety protocols are eased by the time his team returns to the venue. Currently no dressing rooms are open. A meeting with the city and lacrosse teams is slated for Friday.

“I’m hoping we can at least get into the coaches’ room. We have stuff that’s been in storage there for two years,” he said. “We had 40 guys out last week. That included some oldtimers like me, current players, graduated juniors that haven’t started their senior careers yet and local WLA guys like Logan (Schuss) and Eli (McLaughlin).