Donations will be accepted at Dugald Morrison Park and DSS this weekend
Mar 4, 2021 12:30 PM By: Mark Booth 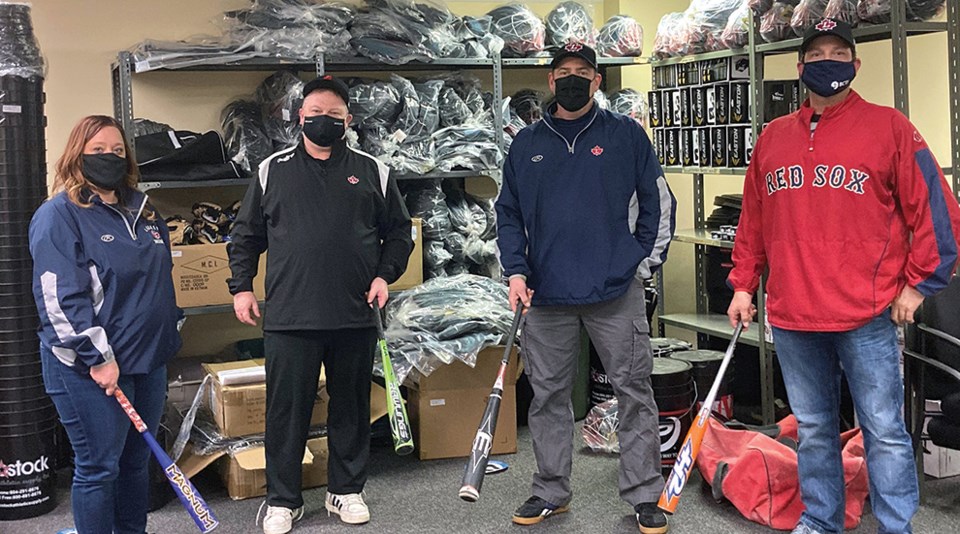 Ladner Minor Baseball executive members Todd Allan and Nicole North, along Mike Canaday and RJ O'Neill have organized a used equipment drive for this weekend that will help start-up a new league for kids in Puerto Escondido, Mexico.Submitted

Ladner Minor Baseball is helping a poverty-stricken area in Mexico create its own field of dreams.

This weekend, the association is collecting any used baseball equipment that will be part of a start-up league organized by a team of Vancouver-area firefighters that have been travelling to Mexico to participate in various charity projects. Among them is Vancouver firefighter Mike Canaday, along with Tsawwassen resident RJ O’Neill, who happen to be friends of LMBA president Todd Allan.

The firefighters intend to return to Puerto Escondido later this year where the plan is to construct a field and bring the donated equipment with them to start playing games soon after.

“It’s a sister league concept,” explained Allan. “They have absolutely nothing and we all have stuff lying around the house that we aren’t using any more like batting helmets, bats and gloves.”

Allan said the association already has a good amount to donate and typically would have loads more, including uniforms. However, it no longer can access its one-time main storage area in the Cromie Park shed due to building issues with mold and asbestos. Instead, it’s turning to local families for help with three drop-off options.

Used equipment can dropped off at the Dugald Morrison Park turf field from 2 p.m. to 4 p.m. on Saturday and Sunday where player evaluations will be taking place for the coming season. There will also be a drive thru option at Delta Secondary School on Saturday from 11 a.m. to 2 p.m.