Ladner forward named to U18 Team BC 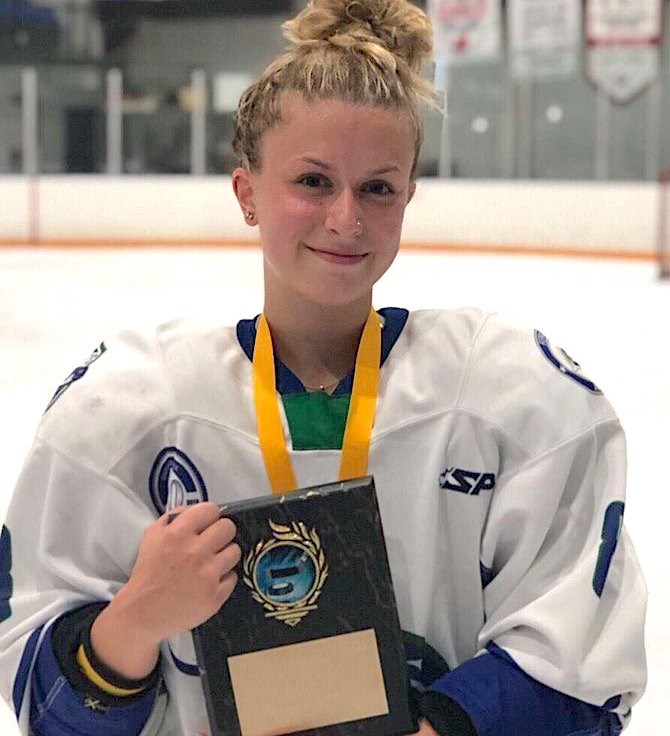 Ashley Morrow will be in Team B.C. colours at the 2019 National Women’s U18 Hockey Championships in Manitoba.

The Ladner forward was among 20 players named to the final roster following an extensive tryout process that concluded with a recent four-day camp at UBC.

She was named MVP at a tournament earlier this month in Stoney Creek, Ont as the Comets rolled to an unbeaten record. Last season, she posted 46 points in 31 regular season games, including six goals.

Morrow came through the South Delta Stars girls program before joining the Richmond Ravens to play rep hockey, setting the stage for her transition to the B.C. Female Midget AAA League.

“We look forward to continuing the recent success of Team BC with this group of talented players,” commented BC Hockey Chief Executive Officer, Barry Petrachenko. “The preparations by this group of athletes, coaches and team staff have been outstanding and we are excited to have them represent BC at the National Women's U18 Hockey Championship.”

The tournament runs from Nov. 3-9 in Morden and Winkler, MB.