18-year-old South Delta Secondary graduate is in her freshman season at Long Island University
Jan 31, 2021 9:00 AM By: Mark Booth 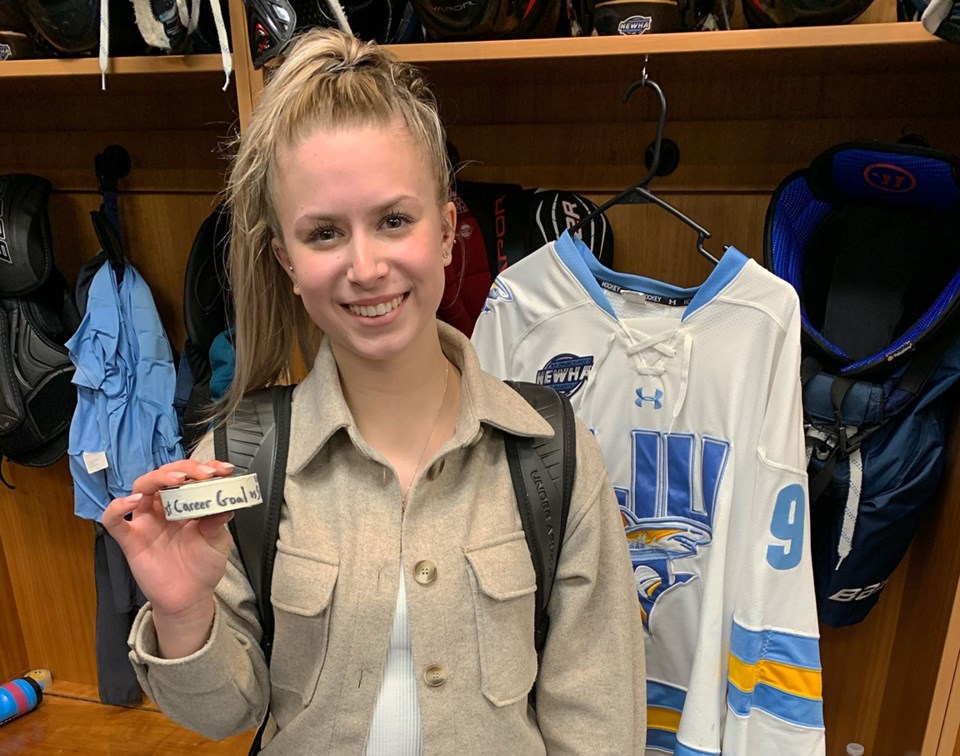 It was a big night in Ashley Morrow’s impressive hockey career.

The 18-year-old freshman forward from Ladner scored her first-ever goal at the NCAA level Wednesday to lead the Long Island University Sharks to a 4-1 home ice victory over Sacred Heart University in New England Women’s Hockey Alliance action. The same two teams will meet again on Wednesday at Fairfield, Connecticut.

The South Delta Secondary graduate earned a scholarship to the Brooksville, New York campus after an outstanding minor hockey career. She came through South Delta Minor then moved across the Fraser River to the Richmond Ravens rep program before joining the powerhouse Vancouver Comets of the B.C. Female U18 Hockey League.

Her final season included earning tournament MVP honours at the Stoney Creek Midget AA Sabres Showcase in Ontario and being named to Team BC for the national championships.